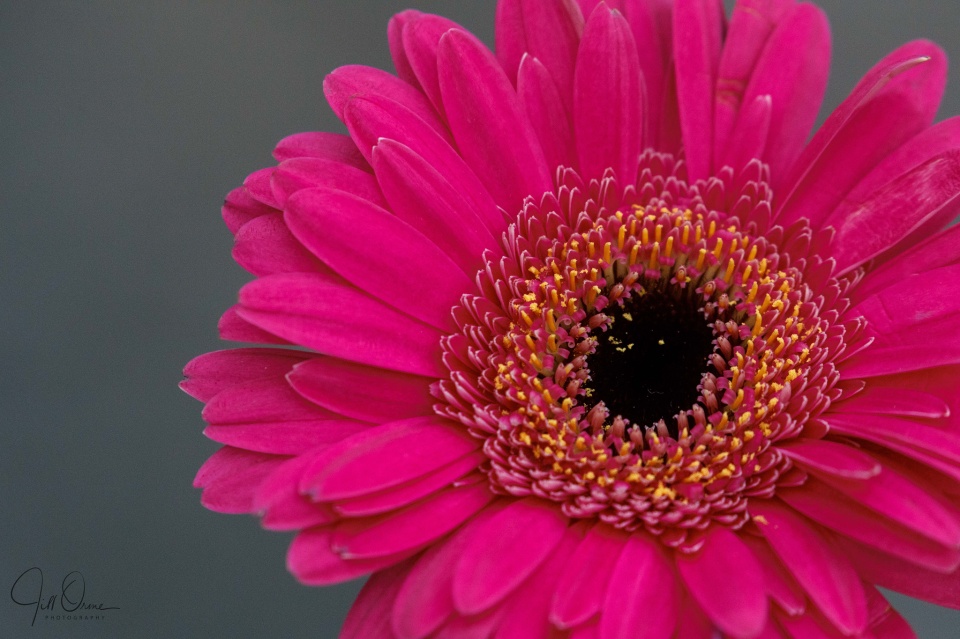 I had to wake myself up during the night, from a nightmare in which I was waiting for someone I’d upset to break into the house and kill me. It was still pitch-dark, but the clock told me that it was nearly 7am. While I was irritatedly wondering whether I’d be able to get back to sleep at this late stage, the sound of heavy rain on the window made me realise what had most probably caused the subconscious anxiety that triggered the dream; I got up and opened the curtains, and found that the road was deeply flooded. Our house wasn’t actually at risk, but every time someone in a vehicle with a high enough undercarriage to risk it went through the water at any kind of speed, their bow wave washed up the drive and flooded the front garden.

So. I’ve been at my desk for most of the day, apart from a few minutes of indoor photography in the conservatory, and multiple trips to the kettle to make tea. By lunch time I was so bored I felt like lying down, drumming my heels on the floor, and shrieking. R, who’s generally less reactive than me, but who also gets stir-crazy if he’s confined to the house, kept making excuses to put on his waterproofs and go out for walks in the continuing downpour, but I wasn’t that bored.

The rain continued until early evening, but we’re now forecast a dry twenty four hours before it starts again tomorrow night. The flood level is dropping, I’m happy to report, but only thanks to human intervention and not via the (reasonably) new main drain, which appears to be blocked. Our next-door neighbours, who own a static caravan park on the banks of the Avon and therefore know quite a lot about flooding, have brought in a pump and some piping, and are pumping water away from the road and into the brook that runs through the middle of the village. I think there are several families on this stretch of road who’ll have reason to be grateful to them.