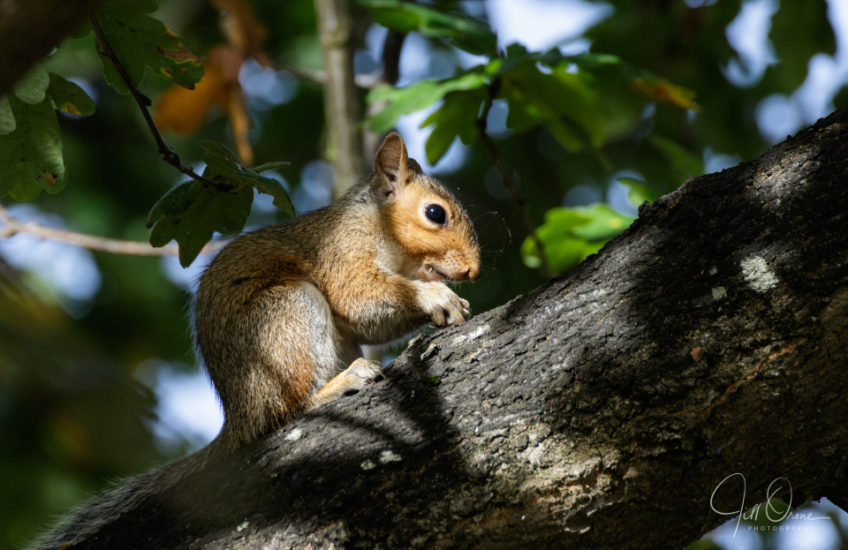 Excuse me – do you know you’ve got bits of peanut all round your face?

Having some paperwork to return to the accountant, R and I decided to risk a trip into Stratford this morning. He was still walking as though on a pitching boat, but we made it from Old Town along the river to the Warwick Road; and from there back to Boston Tea Party (where it’s possible that my resolution to give up the cake may have evaporated in the face of raspberry and chocolate flapjack). We then strolled through the Mop Fair (where nothing interesting was happening because it was too early in the day) to the bank, to sell them an about-to-be-illegal pound coin; and thence back to Old Town and the car.

I think I would have struggled if it had still been as cold and blustery as it’s been for the past couple of days, but today was one of those warm and sunny autumn days that feels like an unexpected gift, and I think being out and about in the fresh air did me a lot of good. Photographically speaking though, it was a pretty bad outing – so I was lucky to capture half a dozen decent shots of this squirrel, prettily picked out by a shaft of sunlight on a tree in the RSC Gardens.

Back at home, after finishing off my final day’s worth of photo processing from July (hooray!) I even risked another little trot around the village – taking my total number of steps for today to nearly 7500, which isn’t too bad for a convalescent person.