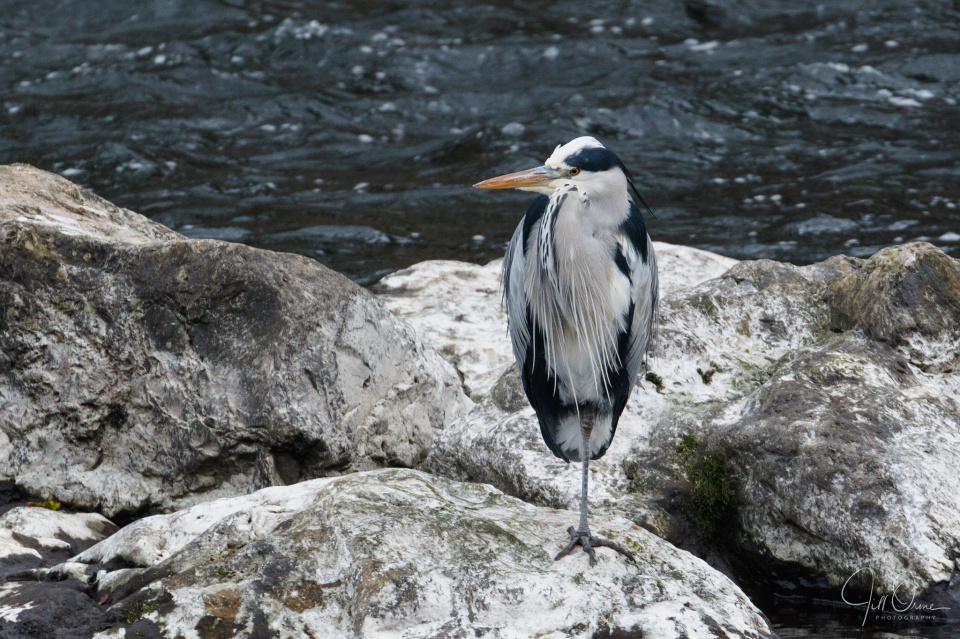 There’s a story about a yoga master, who was visiting a zoo with some of his students, pointing at a flamingo that was asleep on one leg with its head tucked under its wing and asking if they thought they could relax in that position. I don’t know if any of them were able to, but I’m absolutely certain that I couldn’t – I try to remember to practise standing on one leg for a few minutes each day as a way of improving my balance, but I find it hard enough to do with my eyes open, and very difficult indeed once I’ve shut them.

There are a number of theories as to why water birds habitually stand on one leg, ranging from the plausible to the “Really though?? Seriously???”, but the most widely accepted idea is that it helps with thermoregulation: by keeping one leg tucked up under its feathers, the bird loses less heat than if both were exposed. This makes sense. But I do wonder about the extra effort that must – surely? – be needed to stand on just one leg on a rock in the middle of a river in a stiff breeze. Personally I’d probably take stability over warmth here – but then, I’ve already admitted that I’m no yoga master. The other thing that always intrigues me about a heron standing in tree pose like this is that you very rarely see the raised leg – and that’s quite a lot of leg, and foot, to hide. This makes me think that there’s probably rather less bird than there appears to be here, and a good bit more feather.

Having photographed this grey heron on the rocks downstream of Blackweir on the River Taff in Cardiff, I thought I should at least find out what it would be called in Welsh. The answer to that enquiry, which is crëyr glas, then led me on a further meander as I looked for the etymology of ‘crëyr’ and discovered that even though the two words seem quite different, it probably shares a root with ‘heron’. This is from the Online Etymology Dictionary:

If you’re a heron lover (and if not, why not?) I also recommend the web site (and associated Twitter account) Every Heron, which has this on the many and varied names herons have been given across the British Isles.