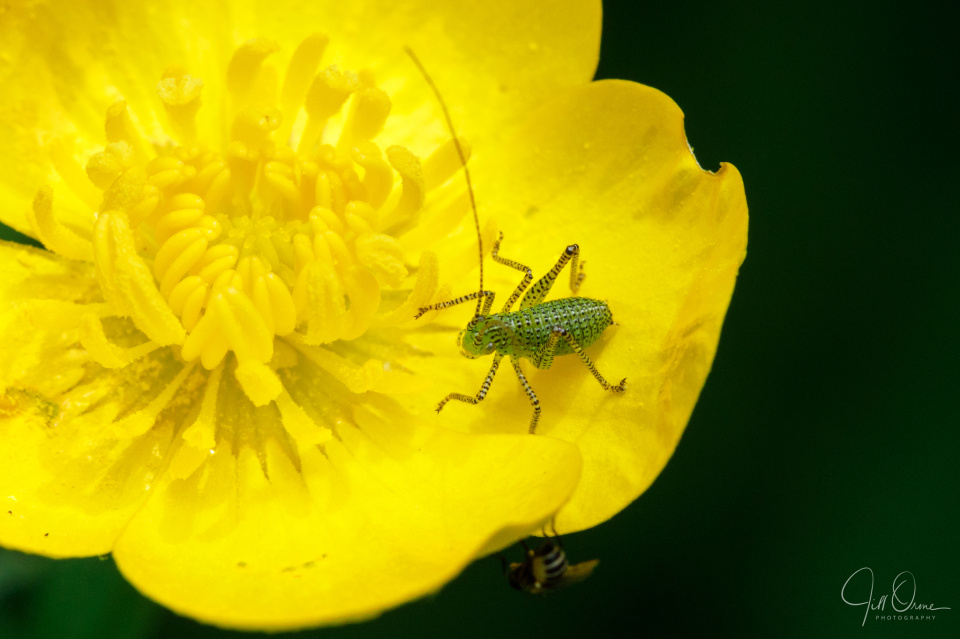 Speckled bush crickets are pretty strange little beasts even as adults, but the nymphs are so bizarre I find it hard to believe they’re real, even when I’ve got one cowering in front of me, wondering if I’m about to eat it. You can’t argue with the name though – they are indubitably speckled. The cricket nymph season begins in May, and I’ve seen several over the past few days; dark bush cricket nymphs yesterday along the old railway line in Honeybourne, and a couple of these speckled nymphs in the garden today. They’ll have to go through six moults to attain adulthood, and those that make it will be fully mature and ready to mate by late summer. 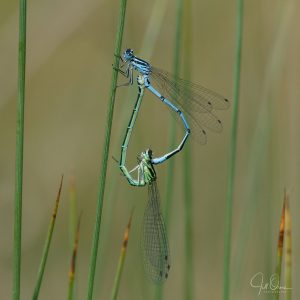 My extra tonight is a pair of Azure Damselflies in cop among the rushes by the lower pond at Grove Hill nature reserve, where I went this afternoon in search of dragons. There were two female and three male Broad-bodied Chasers working the pond, but they were warm, active and fast, and therefore considerably harder to catch on camera than the damsels. The upper pond on the reserve is almost catastrophically dry, and there were only two male Broad-bodied Chasers patrolling the shrunken body of water, plus a handful of damselflies on the surrounding vegetation. Overall I wasn’t too pleased with my work at Grove Hill today, but this is notable for being the first damselfly mating wheel I’ve photographed this season, and by a whisker it’s R’s favourite of the photos I showed him this evening.

My third-favourite subject of the day was the Rhingia rostrata hoverfly I photographed in the garden this morning. These are nervy and secretive little flies, which may explain their penchant for the clump of herb-Robert growing on the edge of the compost heap, in the furthest and darkest corner of the wild garden. Obviously I’d prefer them to feed in a more open area with better light, but I do understand that it’s not their job to make mine easier.