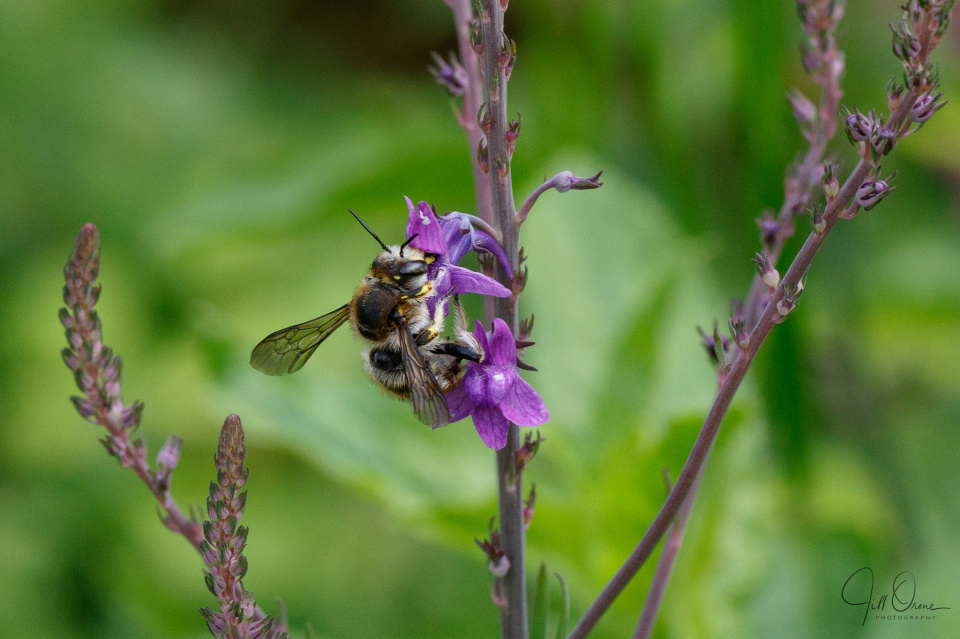 To Trench Wood this afternoon, in search of something interesting, but apart from the first Common Darter of the season (which took strong exception to being stalked), I only found the usual suspects. While hunting fruitlessly for Emerald Damselflies I did get quite badly bitten by flies and stabbed by brambles, so it wasn’t an entirely uneventful visit, but I confess that I arrived home slightly grumpy.

I was wandering round the garden with a mug of tea when I heard a fierce, high-pitched buzzing coming from the hedge woundwort, and after resting my mug on the arm of the nearby bench and going to investigate, I found myself doing a little Crash Bandicoot dance. I love Wool Carders, and I’d almost given up hope of finding any in the garden this year, so this discovery made my day. The bee was almost as cross about my attentions as the Common Darter at Trench Wood had been, but he was made of sterner stuff (as he might be, considering the weaponry he’s carrying), and instead of fleeing he zoomed back and forth in front of me, stopping in mid-air every few seconds to stare me out. I found this entirely charming. 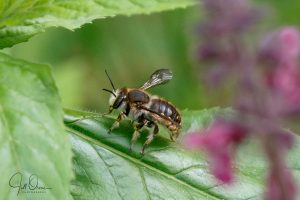 The extra shows him at rest on the willowherb leaf which he was using as a vantage point when not patrolling. You can see the vicious spikes at the end of his abdomen, with which he’s capable of crushing a rival to death. The main image is one of the lightning pit-stops he made every now and then to refuel.