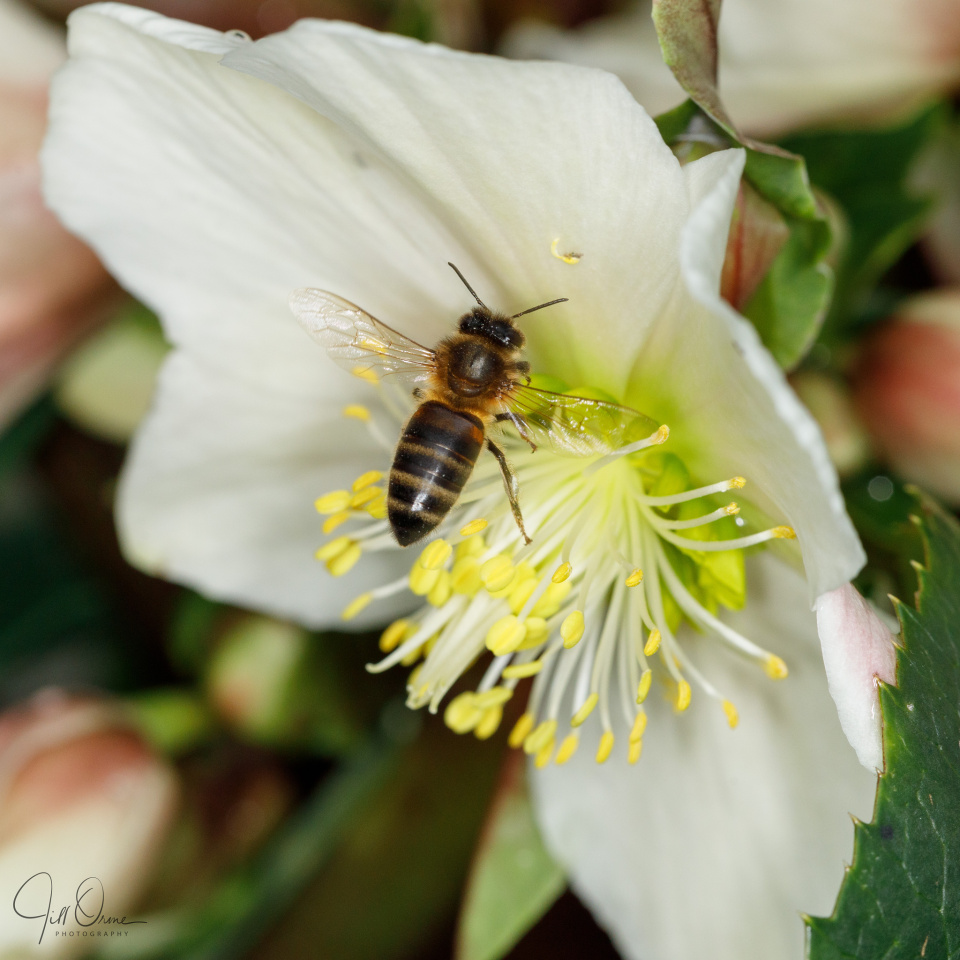 What is wrong with this picture? I don’t mean technically – I can critique my own work quite fiercely enough, thanks all the same. What I mean is: it’s New Year’s Day, in the English West Midlands, and this (obviously) is a honey bee, foraging and collecting pollen. Something clearly isn’t right with the world.

I’d thought about taking a trip out today after birds, but I was tired after all yesterday’s excitement, and it was so (unnaturally) warm that I was pretty sure I’d  be able to find some bugs and beetles in the garden, so in the end I stayed at home and did a little mini-beast safari. The photinia was seething with birch catkin bugs, and I found several of my favourite Oxystoma pomonae weevils on one of the hazel trees, but they were all awake and active, and I struggled to get good photos in what are fairly dark corners of the garden.

I was on my way back to the house when I realised that this hellebore, which has struggled since I planted it a couple of years ago, has suddenly come good and is bursting into luxuriant flower. I was bending over it, moving a leaf that was tangled up in one of the blooms, when a furious buzzing started and this honey bee burst from the flower and bounced off my hand. I’m not scared of bees, and I know that even the ones with stings won’t use them if they can avoid it, but I confess that I was startled and jumped backwards. The bee flew a couple of irritated circles over the plant and then returned to work, and I tracked her cautiously around the flowers with the camera. A few minutes later a second individual turned up, who is pictured below. 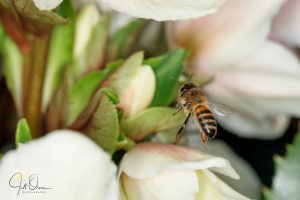 I don’t usually record honey bees, which are regarded as a farmed species, but this sighting was so unusual that I have logged it. This in turn reminded me to look at last year’s recording statistics, and compare them with 2020’s.