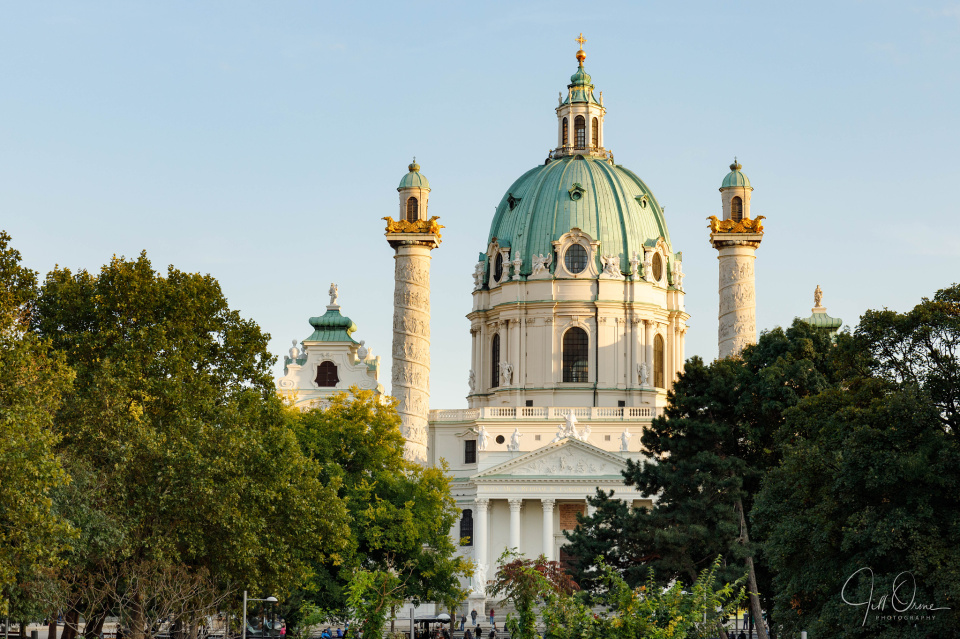 We’re staying at the Maria Theresia, which is only a few hundred metres from the Museum Quarter, so we were able to be at the Leopold Museum shortly after it opened this morning. I’m very fond of this gallery, which is spacious, bright and airy, and it provided an excellent setting for a fine exhibition on the life and work of Gustav Klimt. I especially enjoyed the section dealing with his relationship with Emilie Flöge and her family, with whom Klimt spent part of each summer in the Attersee, during which he concentrated on nature and landscape painting. There’s a rather poignant recreation of the study in the studio he rented for a number of years, and a huge photo of his final studio – with two unfinished canvases still on easels – as it was left after his untimely death, following a stroke, at the age of 55.

After the Klimt exhibition, and coffee and cake in the Leopold’s rather nice café, we took a walk around the permanent collection, and romped through two photography exhibitions. I’d never actually heard of either Moriz Nähr or Dora Kallmus, but I enjoyed both shows; Nähr in particular was very important in Vienna around the time of the Secession, and even though I didn’t know his name I was well aware of some of his portraits, including the famous one of Klimt with a cat, which you can see here if you don’t already know it.

Having been reminded of my interest in Emilie Flöge, who was far more than just the most important woman in Klimt’s life, I really wanted to take another look at the portrait he painted of her, which I remembered as being in a museum at Karlsplatz. Here R and I came up against a tension in our relationship that he once defined as the fact that I live through time, while he lives in it: he had no recollection of ever having set foot in the museum I was describing and couldn’t find it on the map he was carrying, while I remembered it quite distinctly but wasn’t fully sure of its name and had only a sketchy idea of where it was. “Past the Pavilion thingies, behind the church (possibly), and close to the war memorial with the fountain, I think,” somehow didn’t pinpoint it, and it was only when I mentioned a dachshund puppy staring at a statue that I managed to engage his memory of the place.

It still took us several more minutes to find the Wien Museum Karsplatz, and when we did we were promptly sidetracked into their exhaustive (and, to be honest, exhausting) exhibition about Otto Wagner. Don’t get me wrong – I admire Wagner, who designed two of my very favourite buildings ( the Postsparkasse and the Kirche am Steinhof), and trained several other important members of the Secession – but this show pushed me well beyond my capacity for caring about all the political battles he fought and lost, and by the time we staggered out I never wanted to see another architect’s drawing as long as I lived. At which point I suddenly remembered Emilie Flöge. Torn between wanting to sit down and put my feet up, and not wanting to leave without seeing her portrait again, I approached a member of staff and asked if the permanent collection of Secessionist art was still on display. He proceeded to explain the way one should see the permanent collection, starting here, and then going there, and then…. “Or if you just want to see the Klimts,” he said, in a tone of deep reproach, “they’re on the second floor.”

As R and I set off wearily up the stairs I recounted this conversation, and he shook his head at me with a mock-disappointed expression. “You,” he said, “are just a Secessionist tart.”

Emilie was as beautiful as I remembered, and definitely worth the extra stairs, and the 15,000 steps we walked over the day entitled us to dinner at Zu ebener Erde und erster Stock. I took this photo of the Karlskirche in nice late afternoon light as we were limping away from the Wien Museum.