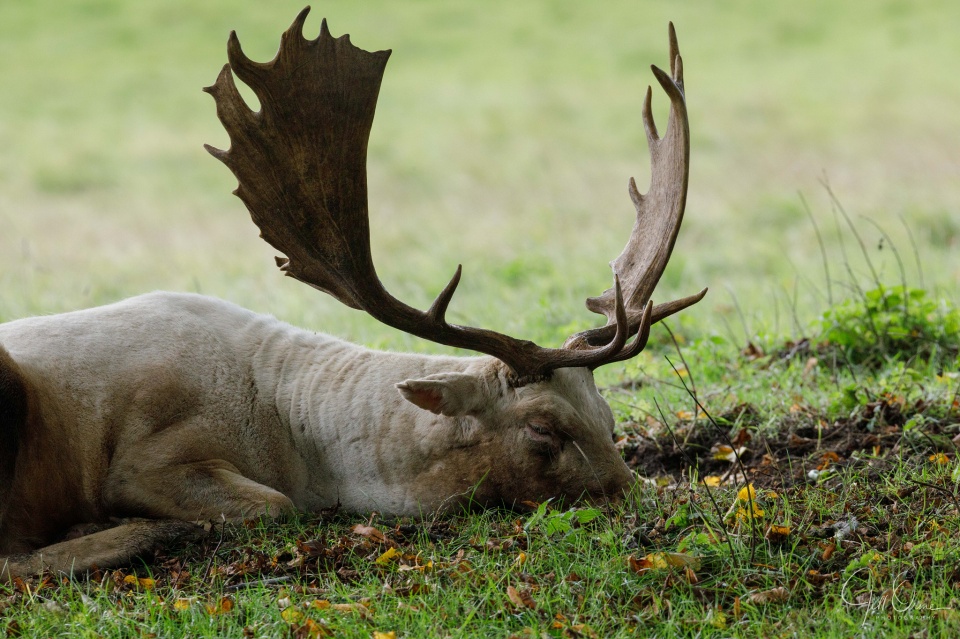 The observant among you will have spotted this this is a big old fallow buck, and concluded that I didn’t take the photo in my garden.

R, whose phone number I’d inadvertently given to the Covid testing people (seriously, don’t ask) got his own back by waking me at some ungodly hour this morning, to tell me that they’d texted my result and it was negative. This is the benefit – or something – of being married to a light sleeper. I’d also had the result, by email on my own phone, but I’d been sleeping the sleep of the righteous at the time, and had only registered at the vaguest level that someone was trying to tell me something.

Anyway, as we were both now awake, and it was a nice morning, and I needed to be in Stratford anyway for some routine rheumatology blood tests, we decided to celebrate our freedom by going to Charlecote. It was great to be properly out and about again, though in some ways the best part of the visit was the time we spent drinking coffee and eating chocolate cookies in the stable yard, where we were entertained by a pair of young nuthatches that were playing on one of the gatehouse towers, and bickering with some blue and great tits. I took a lot of photos of this performance, and if I remember I’ll put a few of them on Facebook tomorrow.

The rut is now starting, but there wasn’t very much activity today. The herds are beginning to mix though, and the yearlings and fawns are having to keep a wary eye on the big bucks, who are starting to get quite irritable. This old chap was resting by the side of the main path in the West Park, and another photographer who was sitting on a log a little distance away told us that he’d just zonked out after a pretty stressful morning of clearing younger bucks away from his stand.

My extra today was taken during our coffee break, and shows an unusual, flat rainbow above the stable block roof. I can’t really explain this oddity, though apparently the curve of a rainbow is dependent on the angle of the sun: the higher it is behind you, the flatter the arc, and I took the photo at around noon. At that particular moment I would have said with great confidence that the sun was entirely hidden by cloud, but I guess that can’t have been the case. 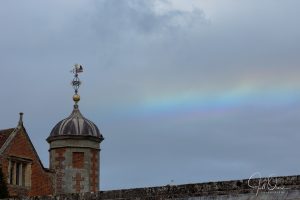 On our way homewards we ran some errands in Stratford, and got totally drenched by an unexpected downpour. R managed not to point out to me that this wouldn’t have happened – the drenching that is: the rain, I fear, was inevitable – if I hadn’t insisted on walking along the river to look for ducks. But given that I did look for ducks, I’m happy to report that the current tuftie count is three – all males, emerging from eclipse.