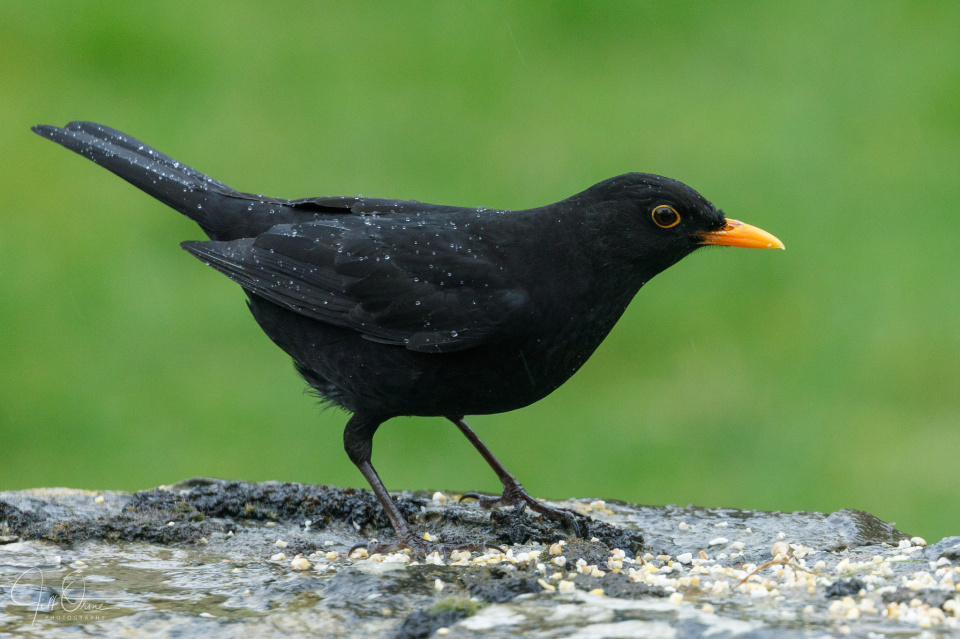 According to the forecast, we’re going to be sitting under a rain band for at least the next three days. This put paid to my plan to photograph a spring crocus today, because they close up in the cold and wet. Plan B was to bring a hellebore flower inside and fartnarkle, but by the time I arrived back in the house from filling up the bird feeders I had diners at the bistro, so I moved to Plan C, fetched the big gear, and set it up in the kitchen window. At which point the rain got heavier and the birds disappeared into shelter.

In the end I fetched my choral music downstairs and (R being safely out of the house) sat behind my tripod practising the Gounod Saint Cecilia Mass, accompanied by the Choraline app on my phone. I suspect it may have been the noise I was making that brought the birds back out of the shrubbery: they could probably hardly believe it was possible for anything to sound less musical, and wanted to try to find out what on earth was going on.