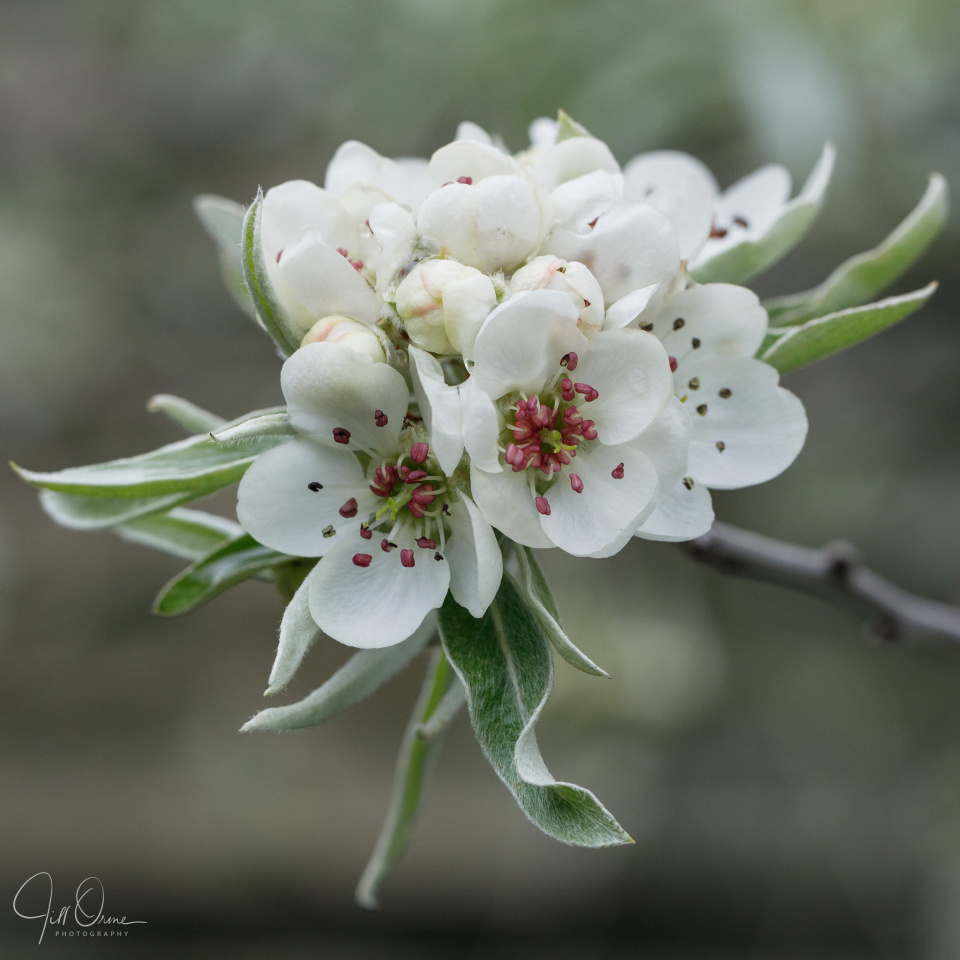 Well. I don’t remember ordering rain, just after the bug season had finally looked to be getting into its stride. To be fair, the garden did actually need it, but still… I wasn’t pleased. Honestly – anyone would think it was April.

Having gone out briefly during the morning’s downpour to scatter some mixed wild flower seeds around on the newly tidied front border, I retreated to my desk and did useful things such as accounts and filing – filing!!! – for the next few hours. The rain stopped around lunch time, and at about 2pm, when I decided that the light was as good as it was likely to get, I wandered outside again with the camera.

The recent bleak weather – a cold snap, strong winds, and now rain – has played havoc with the spring blossom. My lovely little crab apple tree is looking quite sorry for itself, though it still has some buds which might improve its appearance when they open. A few blooms are now out on the cherry tree and the old Worcester iron pear, but they’re already tinged with brown as well. And I had to look quite hard to find some undamaged blossom clusters on the ornamental weeping pear tree to photograph for today’s post.

There’s a rumour that the good weather might return at the weekend. In the meanwhile, I expect to be getting a lot of filing done.