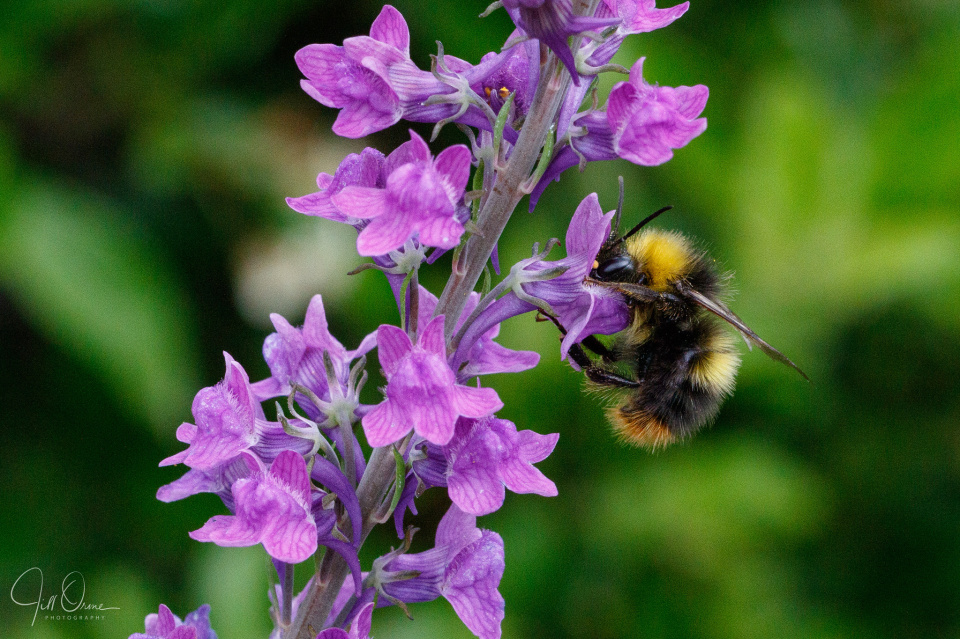 Purple toadflax is native to Italy, but has naturalised across much of Europe, including the British Isles. Because of the kind of gardener I am (lazy and incompetent) it has colonised several areas of my garden – a fact that doesn’t worry me even slightly, because bees adore it. A weed is just a plant that puts itself somewhere you don’t want it, and my attitude to many of the things that better gardeners dig up is to leave them alone until and unless they become a problem.

Purple toadflax can be problematic if it seeds itself in a place where tall plants are inappropriate, because it’s capable of growing to well over a metre in height. There can also be an issue if it’s growing as a perennial, because individual plants can become quite bushy, but I find that it rarely survives a Worcestershire winter. And luckily it’s shallow-rooted, so if it does get above itself it’s very easy to pull up.

The bee that posed so nicely for this photo is a little worn, but I’m pretty certain it’s a male Bombus pratorum.