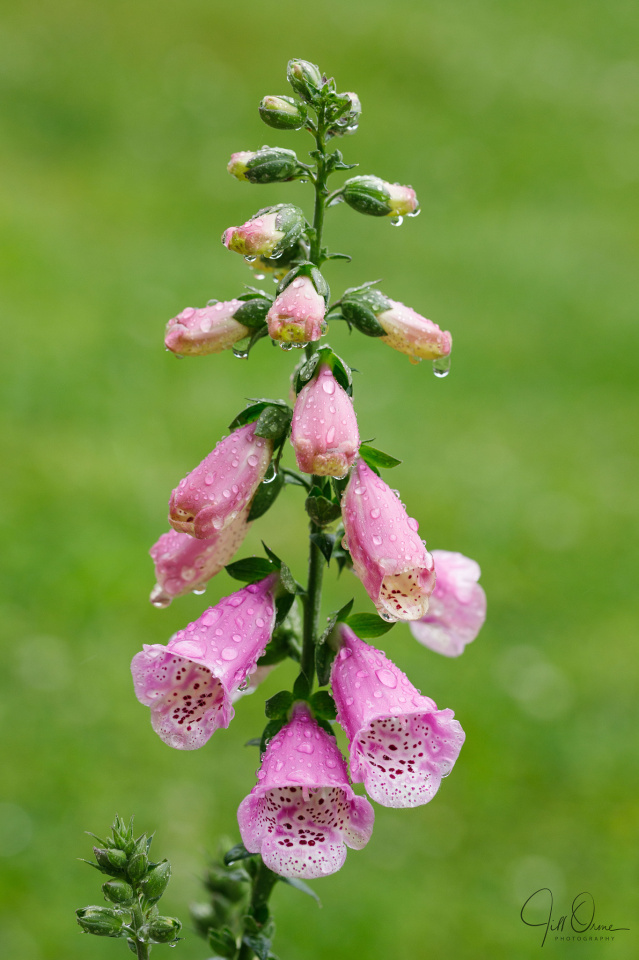 The sun did not shine.
It was too wet to play.
So we sat in the house
All that cold, cold, wet day.

The Cat In the Hat (Dr Seuss)

Still, the garden needed it. Not our garden, obviously, because we watered it on Wednesday, but I’m sure someone’s garden somewhere was desperate for a drink.

I bought a pair of large, potted foxgloves at Stratford Garden Centre on Wednesday, my plan being to use them for instant effect at the front of the house, where we had a pair of empty planters. Having got them home and put them in their new cache-pots, I went to find some large stones to wedge the pots in place, and by the time I came back a couple of bumblebees were already working busily around the flowers. They became quite cross with me for fiddling around with their plants while they were feeding from them, but being a wildlife gardener – inasmuch as I’m any kind of gardener at all – this made me rather happy.

Today there were no bees, because they’ve got more sense to be out in a monsoon. As have I, to be fair, but needs must, and I thought I could probably grab a photo from the shelter of the porch. It turned out that I couldn’t, and by the time I’d taken enough shots to be confident that at least one was in focus, I was quite wet and cold. After the steamy heat of last weekend and the early part of this week it was a bit of a shock, though by this point in my life I really shouldn’t have been surprised: after all, the standard definition of a British summer is “three fine days and a thunderstorm”.

In better news, I had an email from Canon this morning, confirming receipt of my lens, and thus demonstrating that they’d managed to get into the parcel and find and read the repair form. So far, so good. I may have to sell a body part to pay the bill, but I’ll worry about that next week.