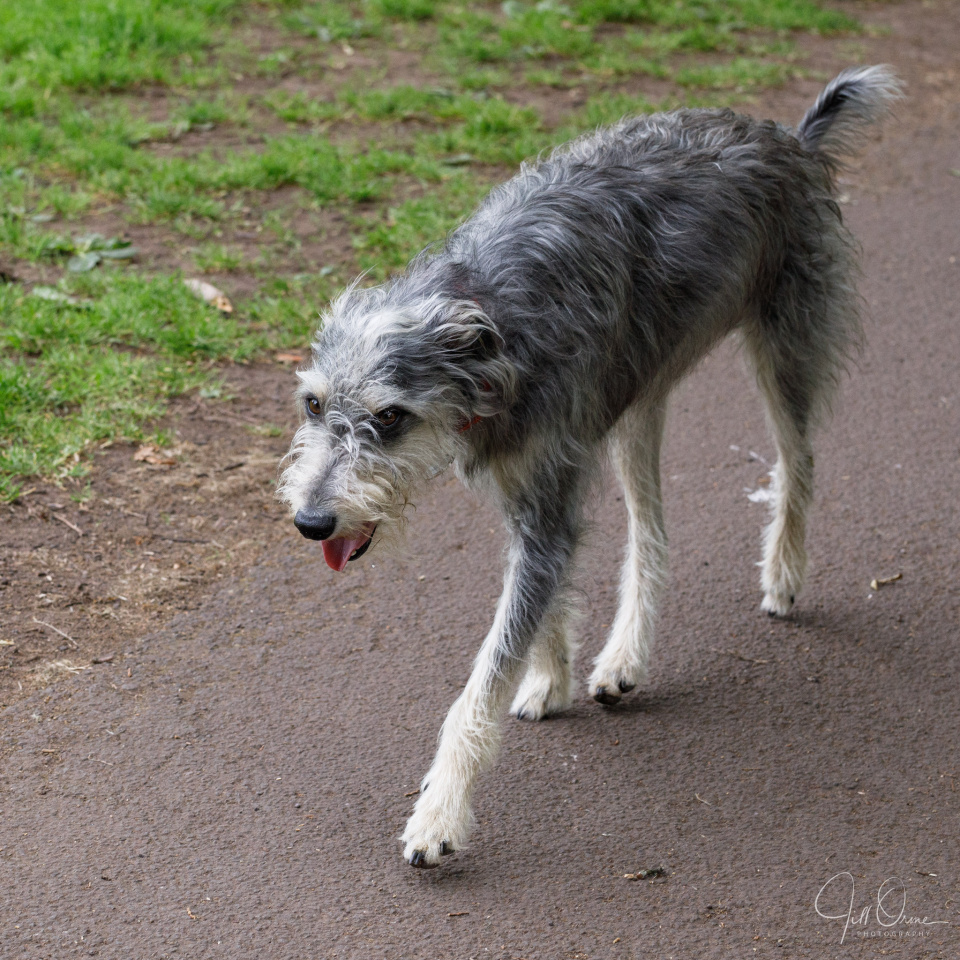 This is Jacques – a Bedlington/whippet/deerhound lurcher, according to his owner, who is R’s cousin M. He’s the most utterly gorgeous hound, and I might well have contemplated stealing him if I hadn’t thought I’d probably get found out. We met M and his wife A at Baby B’s house in Cardiff today, and when the Boy needed a nap we all went for a walk in the biggest of the local parks, where Jacques behaved with a calm nobility that you probably wouldn’t expect from an animal with that kind of aristocratic lineage.

Baby B was a little less noble, but having so many people in his house all at once wasn’t something he was used to, and I think he found all the chatting and laughter a little overwhelming. A talked to him quietly in Welsh, reminding me that B will probably grow up bilingual, and making me wish that I could speak that beautiful, musical language. Perhaps in a few years time I’ll be able to ask B to teach me.