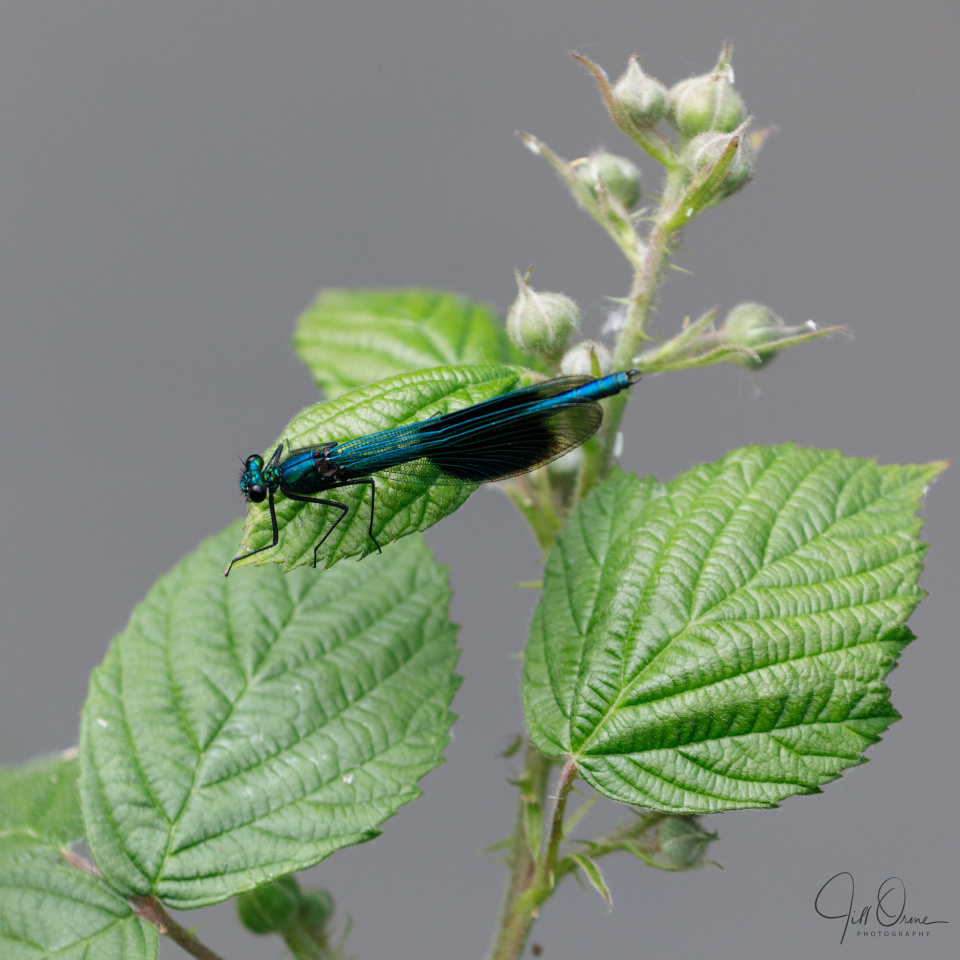 R went off to the Frozen North today, to visit his aunt and her husband, but I was very tired after all the hoorah of the past few days, so I stayed home and tried to dig away part of the mountain of administrative clutter that’s built up on my desk recently. One element of that was a broken macro lens – oh, my bleeding heart! – that needed to be sent back to Canon for repair, and the whole business of filling out the repair form, checking the repair form, re-checking the repair form, boxing up the lens, unboxing it to make sure I’d included the form and not simply put it down somewhere and forgotten it, packaging the box, re-packaging it, packaging the package, wrapping the entire thing in brown paper, using most of a roll of parcel tape to be absolutely certain that the brown paper and packaging couldn’t spring open in transit, creating a label from the address supplied by Canon, checking via several other sources to ensure that Canon hadn’t got their own address wrong, sticking the label to the parcel with half a roll or so of sticky tape, writing my own name and address in Very Large Letters on the bottom of the label just in case Canon and everyone else had got their address wrong, minutely examining the parcel and deciding that I was (more or less, just about, give or take) satisfied with it…. took up the entire morning.

By lunch time I was exhausted, and still hadn’t tackled the bulk of the desk mountain, but luckily I now had an excuse to leave the house – which I managed to turn into several excuses via the need to return a gilet to Blacks in Stratford (because Blacks online are apparently incapable of sorting out a mistake they’ve made, however nicely you ask), and to buy some cheap reading glasses to replace the venerable old pair I contrived to lose at Paxton Pits yesterday. So off I zoomed.

Lens posted (gulp), gilet returned (thank you, Blacks Stratford-upon-Avon), glasses purchased, iced coffee drunk, I meandered back to the car along the river, and luckily discovered that I had two cameras about my person and was thus able to photograph some of the Odonata down at Lucy’s Mill. The most interesting thing, though sadly not the most photogenic because of the perch it had chosen, was a male Scarce Chaser – the first specimen I’ve ever seen on this stretch of the Avon. But unsurprisingly, the most beautiful were the Banded Demoiselles, and I’ve included one of each here. I havered for a while over which to feature, because there’s something almost ethereal about the female below (despite the spat-out remains of a rather large Something she’d just been eating, lying between her front feet), but despite the fact that this image of a watchful male is far from being the sharpest shot of the day, it gets the nod because I like the point of view and the composition – and also because I haven’t posted a male so far this season. 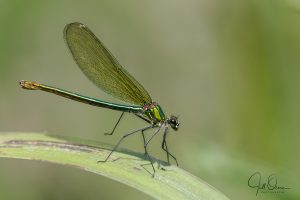