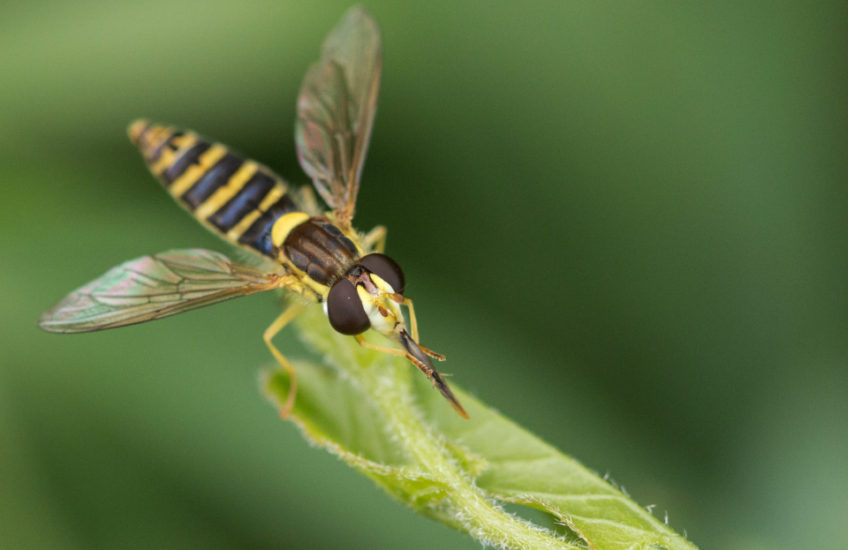 I’m never entirely sure when I see them do this whether they’re washing their front legs or using them to scrape their tongues clean of something. Either way it’s impressive. If I had a tongue as long and sticky as a hoverfly’s, no cake would be safe from me as I sauntered through town – in fact all the coffee shops would probably have barring notices up.

This is a female Sphaerophoria, though I can’t tell you any more than that: the Hoverfly Bible states emphatically that males of the eleven British Sphaerophoria species can only be separated by detailed examination of their genitalia (yes, there are people who do that), and females can’t be identified to species at all. I daresay DNA testing would sort them out, but I’ve never heard of it being done – perhaps I should have taken advantage of that protruding tongue and taken a swab for analysis. It would have needed to be an especially minute swab though: Mrs Sphaerophoria is only about 1cm long.

If you have time, I suspect this will look better full-screen.

Oh, I almost forgot: many thanks for the lovely response to my Chesterton Windmill blip yesterday – if you’re interested, I put a few more shots here.