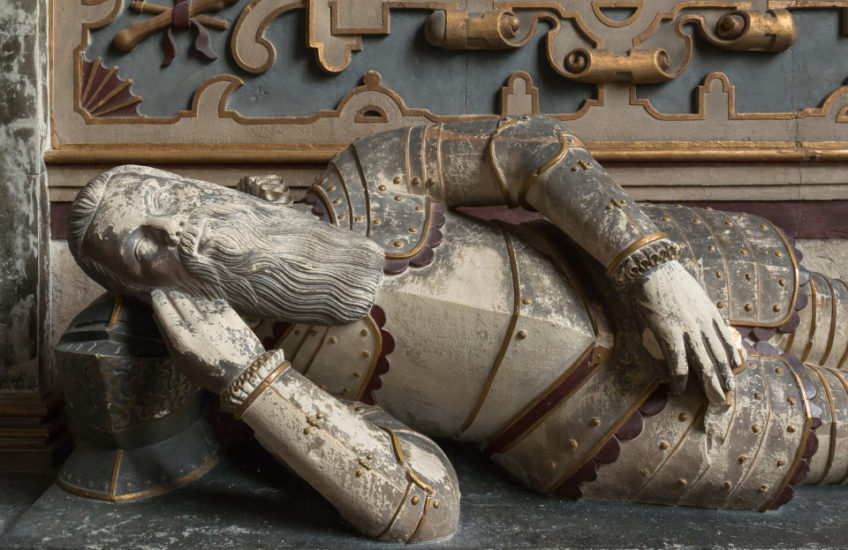 Really – what were they thinking?

I finally got myself together this morning and drove up to Solihull to return the broken kettle to John Lewis. I thought for a moment that there might be going be a Nasty Incident, when the Small Electrical Person suggested that the leak was due to the amount of limescale I’d allowed to build up inside it, but I growled gently, and she backed down and accepted the return. I chose a nice new kettle (which I will descale regularly) and a new frying pan (I’m very hard on frying pans), had a quick coffee and set off back homewards.

En route I decided to stop and photograph Wootton Wawen (pronounced ‘Wootton Worn’), which is a rather nice Warwickshire village blighted by having the main Stratford to Birmingham road running smack through the middle of it. Twenty four years ago when we were planning to move up from London, R and I went to look at a house in Wooton Wawen, which I really, really wanted – though I can’t remember anything about it now other than that it was semi-derelict and still contained an ancient hip bath. Suffice it to say that I failed to persuade R of its charm.

The Parish Church is one of the oldest in Warwickshire, dating back to Saxon times. The original Minster (that is, monastery church) was constructed in the C8th, but was destroyed at some point during the wars between the Saxons and Vikings in the C9th and C10th; it was rebuilt in the early C11th by an Anglo-Danish landowner called Wagen, after whom the village is named. After the Norman Conquest of 1066 all the land in this area was given to William the Bastard’s chum Robert de Stafford; a display board in the church states gnomishly that Wagen’s fate is a mystery – but knowing the brutal ethnic cleansing visited on England by William (Yorkshire still sees no good reason to forgive the French, over a thousand years later), I think we can reasonably assume that things didn’t end too well for him. Still, although the de Stafford family owned the village for the next five hundred years, it’s Wagen’s name that lives on. In the mid-C15th the land was removed from the de Staffords by Henry VI, I know not why, and bestowed on King’s College Cambridge .

The church is very interesting, but if I were advising the PCC I would tell them rather firmly that the place needs to be tidied up. There’s a large chapel on the south-east corner of the church which contains many fascinating things, including this tomb of a man called Francis Smith, who died in 1605; but it also contains a large amount of jumble and some ridiculously big display boards on the history of the site, as you can see in this photo. The boards and the (no doubt historically significant) rubbish stop you from getting a proper sense of the chapel – and more importantly to a photographer wreck the sight lines. If they were removed and photography licences were issued at, say, a couple of pounds a time, photographers and tourists would be happy and the church would receive regular contributions to its restoration appeal. In fact, it took all my limited self-control today not to launch into some tidying up myself – not to mention a bit of dusting.

Next to St Peter’s is Wootton Hall, a Palladian mansion which is now owned by Allen’s Caravans and run as a park home community; and beyond that on the road to Stratford is an old mill which is now converted into houses. There’s also an aquaduct which crosses the Stratford Road, but I didn’t have time to seek that out today. I’ve put an album of photos here, and there’s a Wiki here.