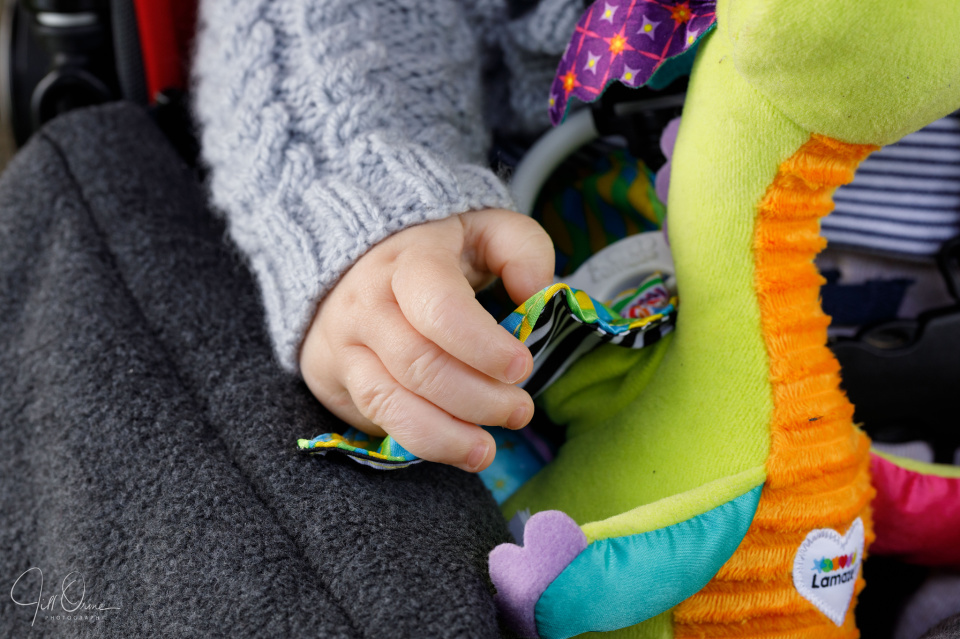 R and I had an excellent time in Cardiff today, where Baby B was an absolute poppet all day, despite being a veritable snot factory after having picked up another bug at nursery. He’s got a new skill, which is to pull himself up from sitting to standing, using a large activity centre with legs, that looks in effect like a low table with games set into the top. Getting up all by himself makes him very happy and self-satisfied, and once upright he props himself against the activity centre and plays with its knobs and levers until his little fat legs are almost buckling under him, before giving up and plumping back down again.

In the interests of him not ending up walking like John Wayne, R and I tried to persuade him to play with other toys at carpet level from time to time, but none of these entertained him as much as practising his new trick. He did consent to sit and be read to for a while, which was fun for me, even if his main aim appeared to be getting hold of the books and throwing them off the sofa. And the three of us (plus Debbie Dragon) went for a walk to Llandaff Fields, during which he was mostly fairly relaxed as he watched what was going on around him, showing a particular interest in dogs, and in the tractor that was mowing the sports pitches.

It’s fortunate that I took this photo when I did, because the weather was already turning, and within a few minutes we had to put the rain hood over the pram to keep The Boy and his dragon dry. The last time I was out with him when it was raining he wasn’t at all keen on the rain cover, but by today it had become another thing to explore, and fiddling with it kept him happily occupied all the way back to his house.