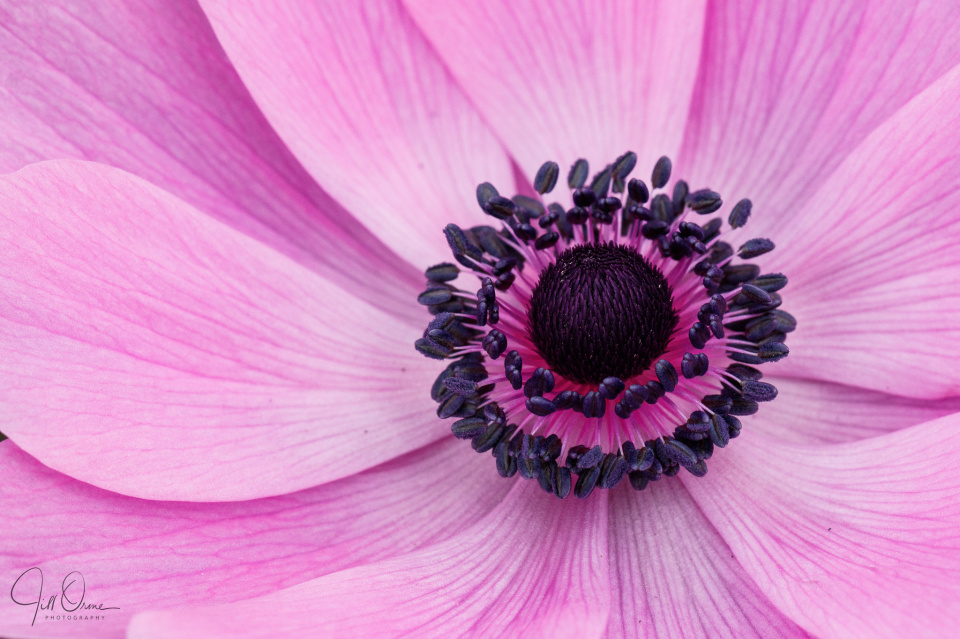 I’d say this anemone was pink, though some people would probably disagree and describe it as purple. On the other hand, if they compared it with the flowers of the brave little survivor I recently rescued from the compost heap and repotted (which is surely the offspring of this one), they’d probably have to agree with me. We could then argue about whether the other one is purple or blue. Whatever, it’s very cheering to have a pot of pink/purple/blue anemones busily flowering on the patio, and on a day when I was pressed for time I was glad of an easy photo.

R and I spent the morning erecting a gazebo, and then taking it down and packing it away again. We’re making plans for a family get-together in the garden as soon as the Rule of Six-and-a-Tiny-One comes back into play, and what with it being spring, and Worcestershire, we’ve been a little anxious about what the weather might throw at us. And luckily I was chatting over the garden wall the other day to a neighbour who’s a veritable mine of useful information, and he told me that he’d just bought a gazebo from a company that his son-in-law had used and recommended. Within forty eight hours R had been to see this gazebo and we’d ordered one of our own, and forty eight hours after that it arrived. It’s quite big, and it was a bit of a faff for two middle-aged people to put together – but the next time it needs to go up there will be younger, fitter, taller people around who can make themselves useful by erecting it.

I’m now busily planning menus, though with five weeks to go to the reunion, I think it might be a little early to start actually cooking.