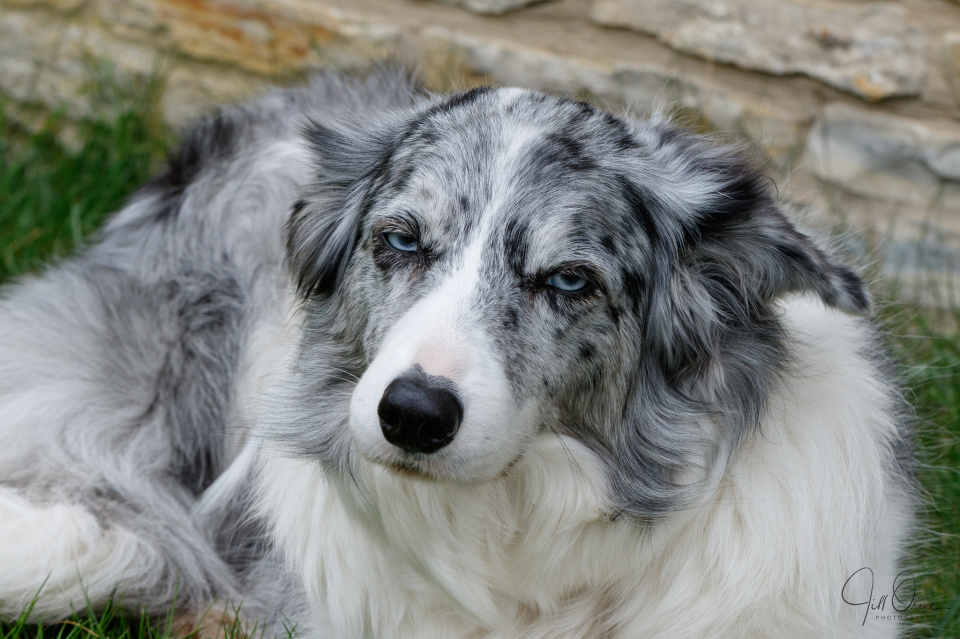 The window cleaner arrived unexpectedly this morning. Well, he was probably expecting it, but I wasn’t. I was buried in a project at my desk at the time, and the thought of having to get up and go and do Making Coffee and Interacting wasn’t appealing, so my first reaction was fairly Anglo Saxon. But then I spotted the dog, whom I hadn’t met before, and I was downstairs and out of the front door in seconds, not even pausing to put on my shoes.

After Sky and I had been introduced and had cuddles, and I’d made coffee, I asked if I could take her photo. The only problem was that every time I crouched down to her level she thought I need more fuss and came over to oblige, so T had to order her to sit and stay. Her expression here looks baleful, but wasn’t: she was just concentrating hard on being a Very Good Girl. T told me that some of his clients don’t like her accompanying him, which I find bizarre – given the choice between having my windows cleaned with or without dog, I’d pick the Border Collie option every time.

I did take some other photos today – mainly of bee flies, but also some bees and hoverflies – but I couldn’t not bring you these Sky-blue eyes.