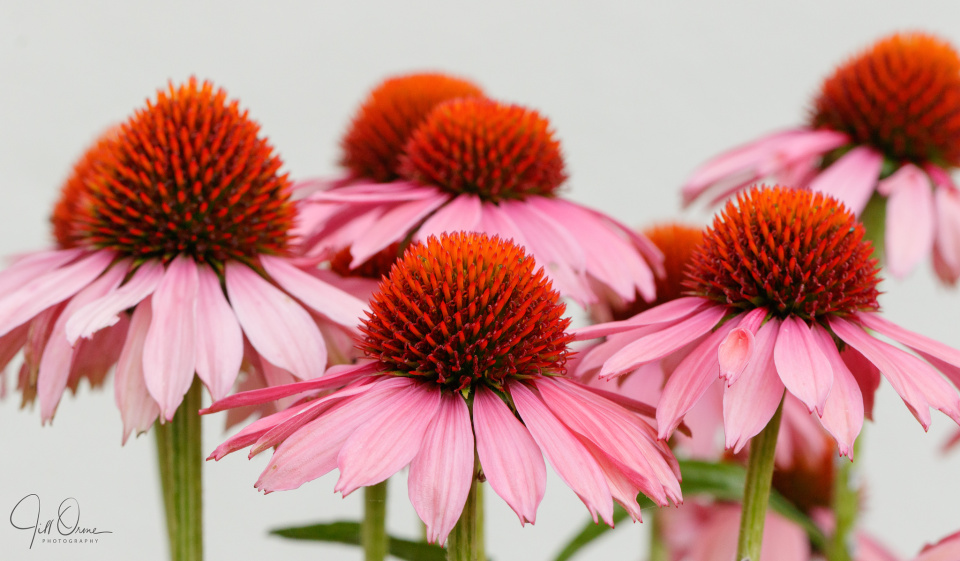 It rained for much of the day, giving me plenty of time to deal with a backlog of administrative tasks that had been building up. In the latter part of the afternoon the rain stopped and I wandered outside with the camera, but there wasn’t much going on, bug-wise, so I was reduced to photographing flowers. In all honesty there weren’t many of those around either – the garden is looking pretty drab at the moment – but the tub of Echinacea purpurea I planted last year has surprised me by coming back up this summer, and I thought that was worth celebrating.

Echinaceas are native to the United States, but are now widely grown in the UK. They like well-drained soil in full sun, which explains why they generally keel over in my claggy clay soil under the lowering skies of Worcestershire; the fact that I rarely remember to water my patio pots is probably the factor that has allowed this plant to survive into its second season.

Fun fact about echinaceas: according to Wikipedia, the generic name is derived from the Greek word ἐχῖνος (ekhinos), meaning “sea urchin”, due to the spiny central disk.