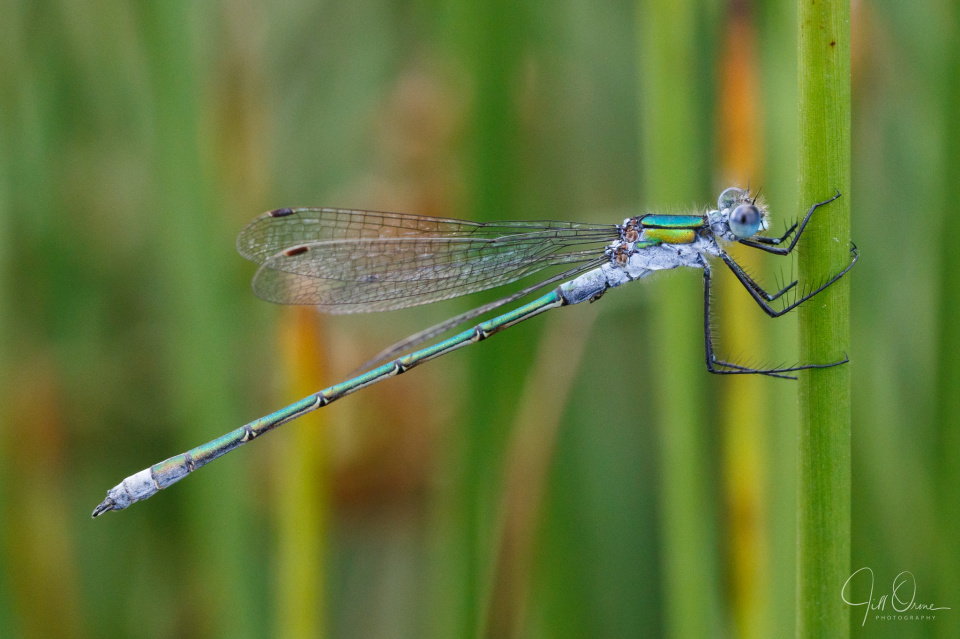 I went to Shropshire today, in search of Black Darters.

Cardinal error: in checking the weather forecast, I neglected to look at the wind speed.

After nearly two hours in the car, as I made the final, stomach-lurching ascent of the Long Mynd – driving up a 1 in 5 slope, on a single-track road, with just a few flimsy-looking posts between me and a plunge to certain death – I couldn’t help but notice (despite the fact that I was watching like a hawk for oncoming motorists, while avoiding the men with calves like sacks of garden tools who were cycling up the ascent, and trying to ignore the magnetic attraction of the drop) that the temperature was falling almost as fast as I would have done if I’d gone off the edge of the road. And then I got to Pole Cottage – where there’s no cottage (go figure), but there is a dragon pool – and discovered that it was so windy I had to use extreme force even to open the car door, and once out on the moor I was nearly blown off my feet.

I stayed an hour, which was all I could manage in those conditions, but to absolutely no-one’s surprise, not a single dragon flew in that time. Why would they? There was a group of enthusiasts out flying model planes (having been keeping a vague eye on the Midland Gliding Club drifting around overhead, I nearly fell in the pool when a glider suddenly looped a very low loop just beyond a ridge a few hundred metres in front of me, and it took me a second to realise that I was in fact looking at a small thing nearby, and not a big thing far away), and one of them told me on his way past the dragon pool that the wind wasn’t forecast to drop until this evening. I had no reason to doubt him, and shortly afterwards I packed away my cameras and made the jaw-clenching descent back to Church Stretton.

I wasn’t happy with myself over this débâcle, as you can probably imagine, but I did claw back a modicum of self-esteem by managing to find an Emerald Damselfly roost a short distance from the pool. Given the way everything was blowing about, including my hair, my cameras, all the vegetation, and a load of grit, sheep wool and general rubbish, I think I did fairly well even to spot them, let alone take a few reasonably well-focused photos. And any day when you get to spend time with Emerald Damselflies isn’t entirely wasted, is it? (The correct answer to that is “No,” in case you were wondering.)

It’s taken me weeks to gear myself up to tackling the Long Mynd, and it’s a rather less than unalloyed joy to realise that I’m going to have to do it again in short order, but we are where we are. Next time, I’ll read the weather forecast a little more thoroughly.