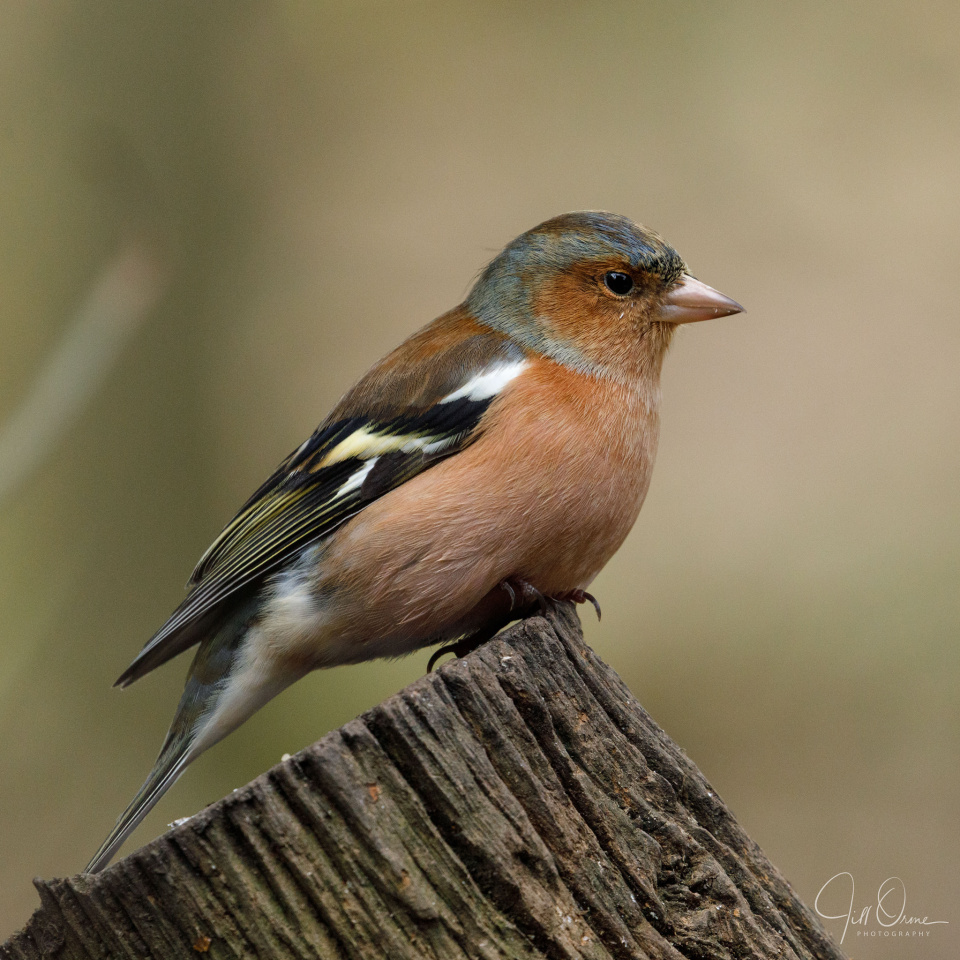 I wanted to go owling again today – because, of course – but it was cold and windy, and in the end I convinced myself that it wasn’t a good idea. So instead I went and sat in an open hide for two hours, with the bitter wind howling through, and by the time I called it quits my nose and finger ends were about the colour of this chaffinch’s breast feathers. It could have been worse, I suppose: they might have been the same colour as its crown.

I stayed for as long as I did because I especially wanted to photograph the nuthatch, but though I did get some distant shots of it drinking at the pond, I failed to capture close-ups on any of its three visits to the feeding station. The first time, I had it beautifully framed and focused, but my battery died as I pressed the shutter button; the second time, it came down just as a group of people clumped into the hide talking, and immediately zoomed away again; and the third time it landed I was looking at something else, and noticed it just as it was leaving. That was when I decided that today was not going to be my day, nuthatch-wise, and I’d just have to post something else.

I blipped a female chaffinch from Hillers about a week ago, but males are less frequent visitors to the bird table – largely because the females aren’t great at sharing, and tend to chase them away – so I was quite pleased to get this shot. I never cease to be surprised at how many colours they have in their plumage; according to one of my books they moult in the late summer, and the new plumage is rather dull, but from autumn through to spring their feathers gradually abrade, and it’s this wearing-away that gradually reveals their bright breeding colours. Clever, huh? As someone who isn’t much interested in clothes, I rather like the idea of getting dressed once a year, in the warm, and then going about more interesting things while successive layers of garments just wear away.