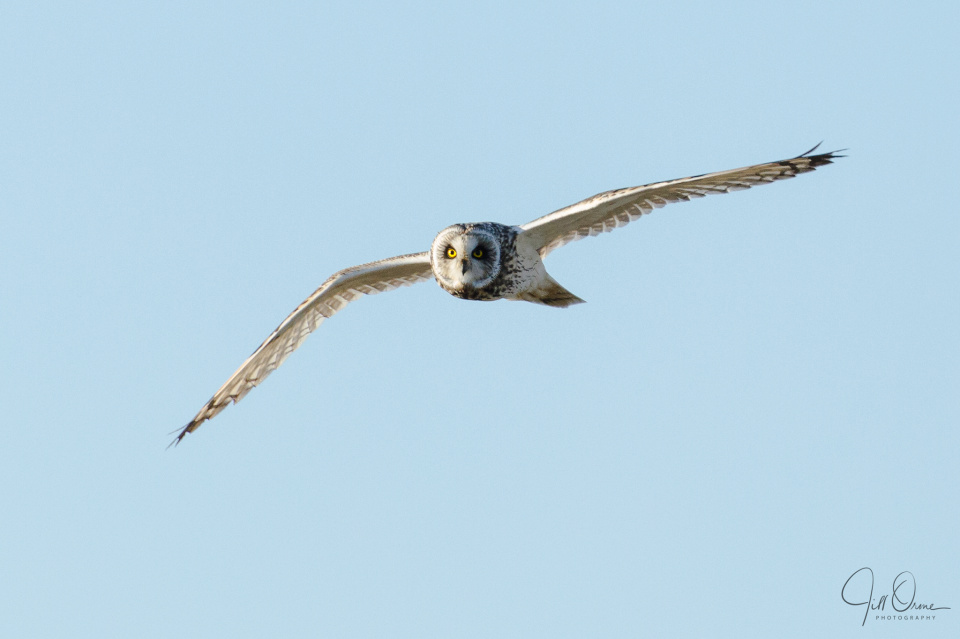 A trip to Stratford this morning for blood tests (sigh).

Back at home, an hour’s gardening (eeurgh) with R.

A quick late-afternoon visit to the owl field (brrrrr).

I’m a bit zorsted now, if I’m honest, but it does feel as though the day was a productive one. Notably, it was productive of invertebrates: there were a couple of green shieldbugs, and several Eristalis tenax and Eristalis pertinax hoverflies in the garden, as well as the first mining bee of the year. And best of all, while I was stalking the mining bee a hairy-footed flower bee flew right past me, though it disappeared into a flower bed before I could turn the macro on it. So my bug season has begun, which is always a  day to be celebrated.

Because I’m now transitioning between my winter and summer obsessions, I’m posting two images this evening. The owls weren’t playing especially nicely this afternoon, spending long periods of time sitting in the grass looking grumpy, but I was fairly pleased with this head-on view of FFO, and it narrowly gets the vote as my favourite shot of the day. 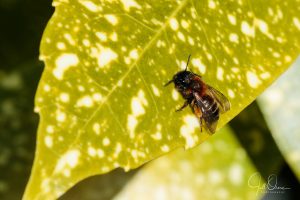 The extra is the mining bee: a tiny Andrena bicolor female, about 7mm long, taking a moment out of her busy schedule to bask on the aucuba. This species is what’s called bivoltine, meaning that it produces two broods a year, whereas most mining bees have only one flight season. The spring brood is larger and flies from March till June, with the smaller summer brood being on the wing between June and August; but despite this long total season, and although they’re described in the books as common and widespread, I don’t often spot them, so I was pleased to record this one today. Males, by the way, are slightly smaller, and being almost entirely black or dark brown are even less noticeable than the females.