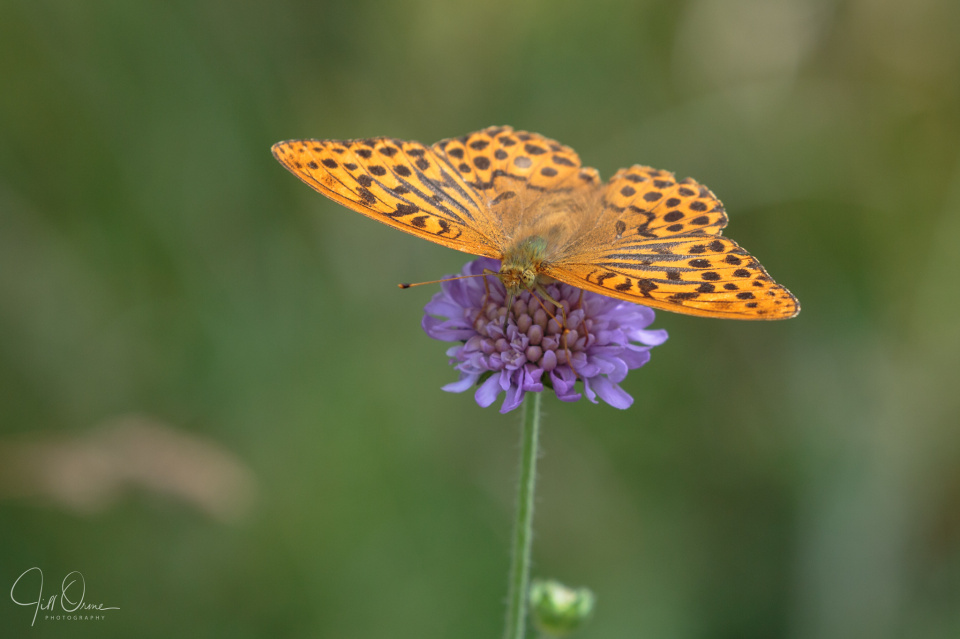 R says that this butterfly reminds him of a hat, perched at a stylish angle on the head of an elegant woman. I don’t know who he could be thinking of, but it certainly wouldn’t be me: although I do own some hats I very rarely wear one, and no-one has ever accused me of being elegant.

It is, of course, a fritillary, though it’s not the one I was hoping to find when I went down to Daneway Banks this afternoon. I had a theory that as the Dark Green Frits are out at Prestbury, then they surely must also be out at Daneway, which is further south; and that they would probably have been out there for longer, and would therefore be more approachable by now.

As theories go it was credible – but it turned out to be wrong. I walked the whole reserve and only saw two fritillaries; this one is definitely a Silver-washed, and though the other one powered past too quickly for me to get a decent look at it, another butterflyer told me that he’d seen it too and was confident that it was the same species. He had been hoping for Large Blues, but neither of us spotted one, and although I’d like to think that they were there, but simply hiding on the other side of a neat little tear in the space-time continuum, waiting for us to go away and leave them in peace…. though I fear the likelier explanation is that their short flight season is now over.

So, the hunt for photographable Dark Green Fritillaries continues; but the Large Blue open-wing photo project will have to be put on ice until next summer.