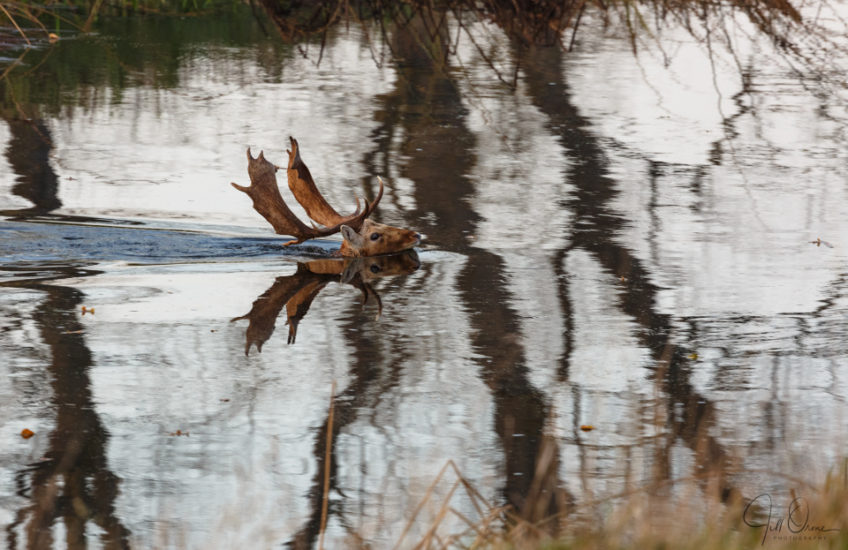 I popped down to Charlecote this afternoon to catch up with the rut; I’d left it a bit later than I should have and the light was already fading by the time I arrived, so I yomped across the park to where I’d been told I’d be likely to find the main herd – and sure enough, there they were. A couple of the younger bucks were already sparring, but without serious intent, and the older ones were mostly standing around looking bored. Then though, a couple of them turned, scenting the air, and looked directly at me – and even though I was behind the Do Not Pass notices I suddenly felt quite alone, and rather nervous. I also then remembered that I was wearing perfume, which is said not to be wise when the bucks in a herd of deer are off their faces on testosterone, and I decided that it was probably best if I beat a careful retreat.

As I walked back towards the house I found some other, smaller groups and got some more photos, after which I decided to go for a thawing-out cup of coffee before heading off dinnerwards. En route to the café I veered down to the parterre to check the river for anything of interest, and spotted this large buck standing with a couple of youngsters on the far side, gazing at the meadow below the house. Suddenly – and quite unexpectedly, because I’ve never witnessed this before – he marched down into the water and swam across, rapidly followed by the juveniles. Once out of the water on the near side he calmly began eating grass that to my eye looked absolutely the same as the stuff on the far bank – but I guess he improved his exercise stats, if nothing else.

As I left the park in the gathering dusk I took some dark and grainy, but to me quite interesting, photos of some old bucks which I’d been told were keeping out of the way because they’ve already been beaten in the rut – though looking at the scars on this old chap, I’d say that “beaten up” was a better description. 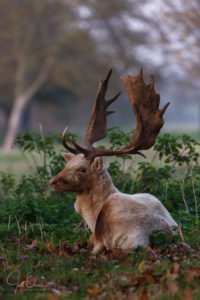