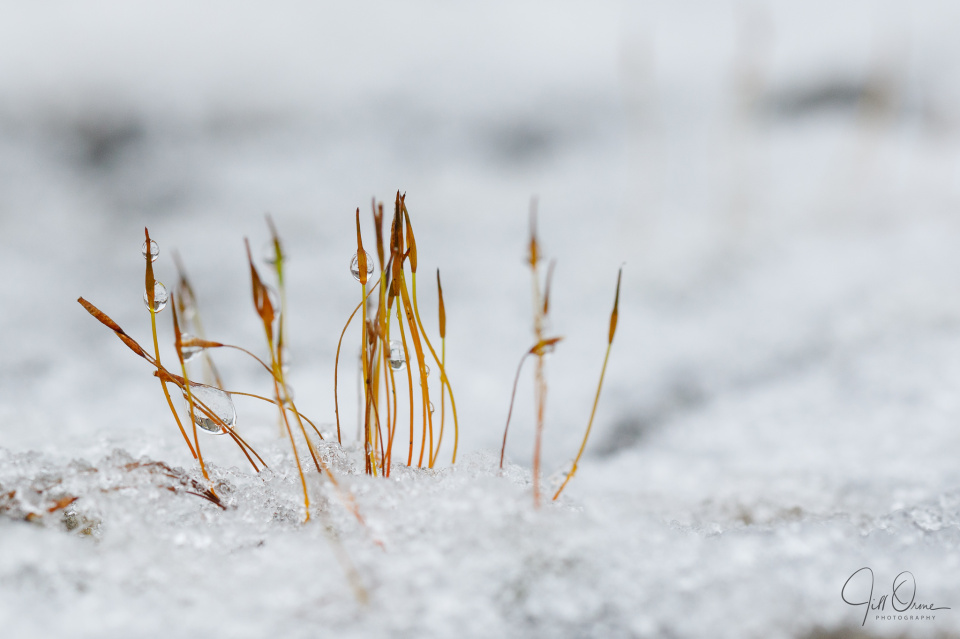 I had hoped that the temperature would stay low enough for yesterday’s hoar frost to persist for a couple of days, but overnight it warmed up enough for a light fall of snow. By the time I got myself dressed and out with the macro, the frost was gone and the snow was thawing too, but I do quite like the combination of ice and melt-water in this photo.

For the record, today was the day on which the Tangerine Toddler in the White House finally conceded electoral defeat, but received a permanent ban from Twitter due to the company’s perception that he can’t be trusted not to incite further violence. It’s said that new Articles of Impeachment will be brought forward in Congress next week – which I believe will make Trump the first US president to achieve more impeachments than terms in office. So much winning…..

Away from the news, I’ve spent quite a while today listening to this TikTok, and persuading other people to listen to it too. Don’t tell him I told you, but those bass harmonies brought actual tears to R’s eyes.