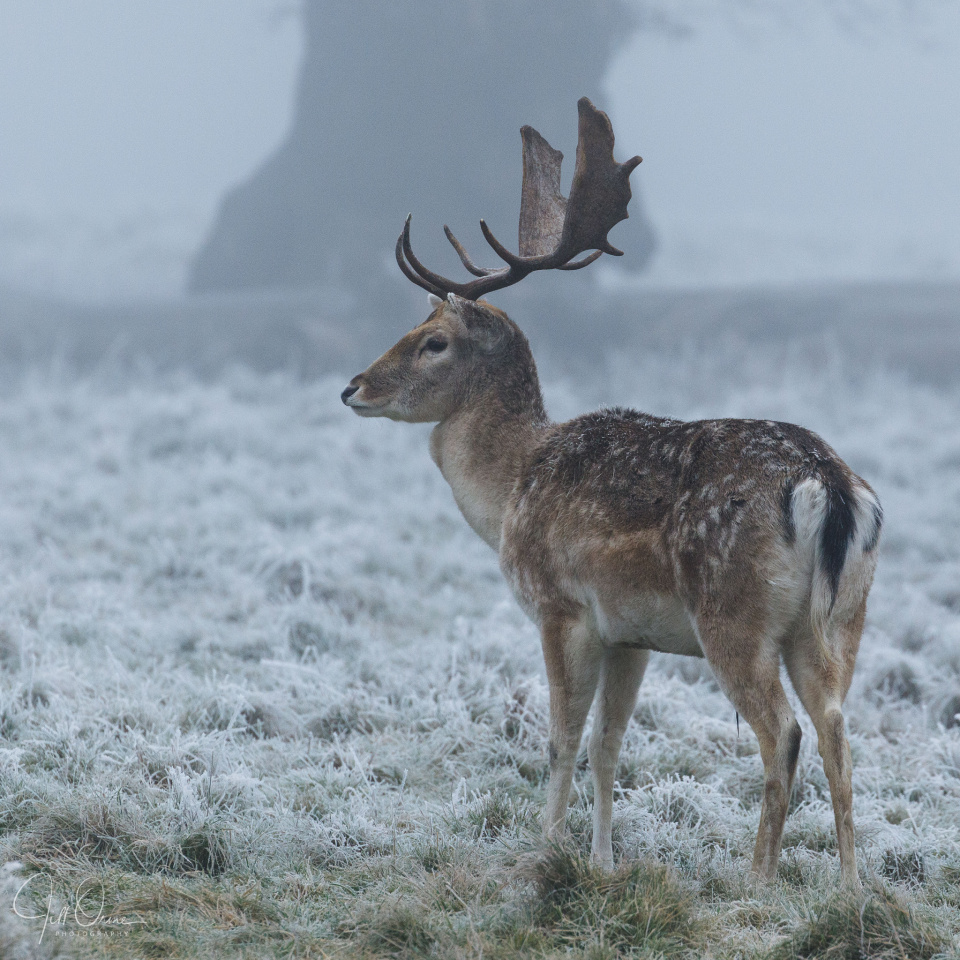 Frozen grass for breakfast, anyone?

R and I had tickets for an early Charlecote walk this morning, but the day dawned cold, dark, and foggy, the temperature was sub-zero, and the prospect wasn’t wholly enticing. However, having hauled ourselves reluctantly out of bed and fuelled up on tea and toast, we decided that we might as well take our legally mandated exercise at Charlecote as in the unlovely trench we call home, so we swathed ourselves in numerous layers of clothing, and went.

Although Charlecote Park is one of the National Trust sites currently listed as open, the staff member who checked us in told us that they’re struggling to keep it that way: part of the park is still closed due to the recent flooding, and the café is also now shut. The café situation in particular was pretty bad news, given the weather, but we put our best feet forward and yomped around the available pathways, logging several thousand steps by the time we got back to the car.

There is still a sizeable group of fallow deer hanging out near the house, where they seem to feel reasonably safe from the ongoing cull – though had they but known it they were safe anywhere in the grounds today, because no-one was going to be shooting at anything with visibility down to a couple of hundred metres. In fact, they did seem calmer than on our previous couple of visits, but that may simply have been because they were too cold to be able to work up much excitement. If you look at this full-screen, you should be able to make out that this young buck has hoar frost on his ears – a situation with which I sympathised, because I was wearing a mask, and the warm breath exiting it was freezing on contact with the outside air, depositing a thin layer of ice on my fringe and eyelashes. It would be fair to say that I’ve been warmer. 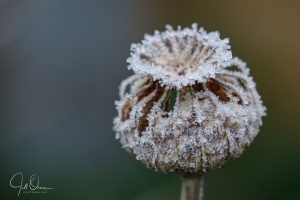 Today’s extra is the frosted seed head of an opium poppy, which I shot in the garden after our trip to Charlecote.