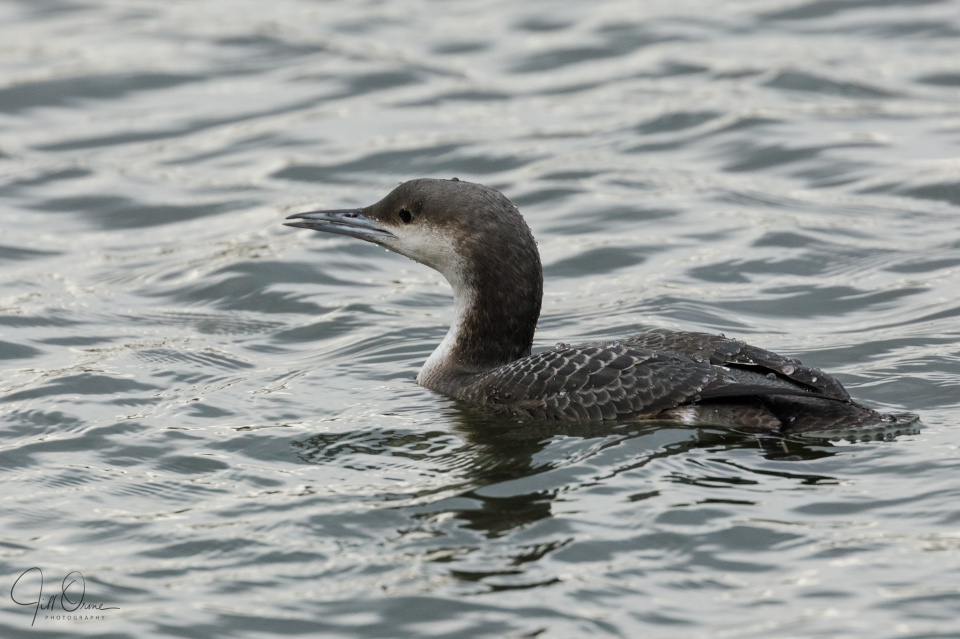 That moment when the bird you’ve been cursing for the past hour because it keeps diving for minutes at a time, and whenever it surfaces seems to come up at the maximum possible distance from you, suddenly bobs up right at your feet. No time to get down low; no time for framing. Point, focus, shoot. Eight frames on high-speed burst, and then it dived again – and reappeared half a minute later about a hundred metres away. The good news: four of the eight were in focus; this one the best.

Apart from a few reasonable shots of this Black-throated Diver, my bag of the day was a female Goldeneye on the same lake in Redditch – though if anything, she was even less cooperative. Shortly after this they both disappeared, to the increasing perplexity of a number of birders and togs who were standing at various points around the perimeter of the lake. When I saw the scopes and binoculars on the far side swinging back and forth as aimlessly as mine, I knew we had a problem, and after waiting a while longer to no avail, I warmed up by briskly walking the whole perimeter, and then packed up and came home.

One of the things that kept the bird hunters amused today was comparing notes on their lists; it being a thing among birders to list and count the birds they see over a year, everyone likes to get off to a good start on New Year’s Day – which helps to explain the popularity today of the Diver and the Goldeneye. (No-one had a good word to say to the chap whose first bird of 2019 was a Dusky Warbler – that’s just showing off.) Personally I’ve never done a list, not least because I’m not really a birder; but this year I thought it might be interesting to log how many different kinds of birds, bees and butterflies I see, so I also started one today.