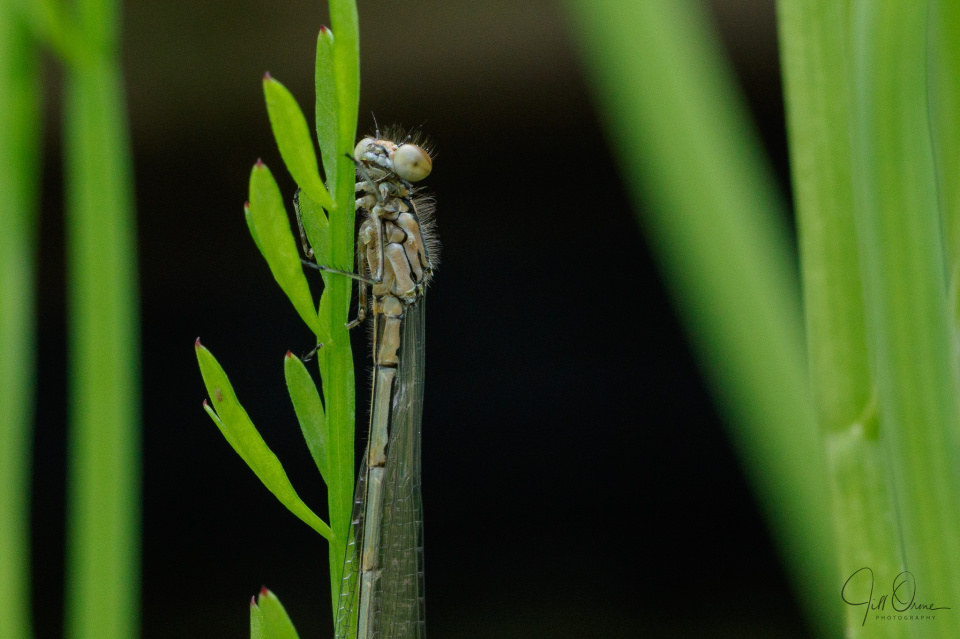 It would have been easier to tell that it was the longest day of the year if the sun had ever shown its face. Instead it was overcast, dark and dreary. And windy, and quite cold. On the plus side, it didn’t start actually raining until dinner time.

In the circumstances I’m surprised that any damselflies were triggered into coming out of the water today, but we had one new Azure at each of the ponds, and both emergences were successful. This female was probably strong enough to have flown away from my attentions, but she may have been too cold to feel confident about taking off – especially as it was windy – so she stayed clinging to the water dropwort and tried to make herself as inconspicuous as possible. I always feel guilty when I watch a damsel edging round to the back of a stem in the hope of not being predated, and I try to get my photos as quickly as I can and then leave the poor thing in peace.