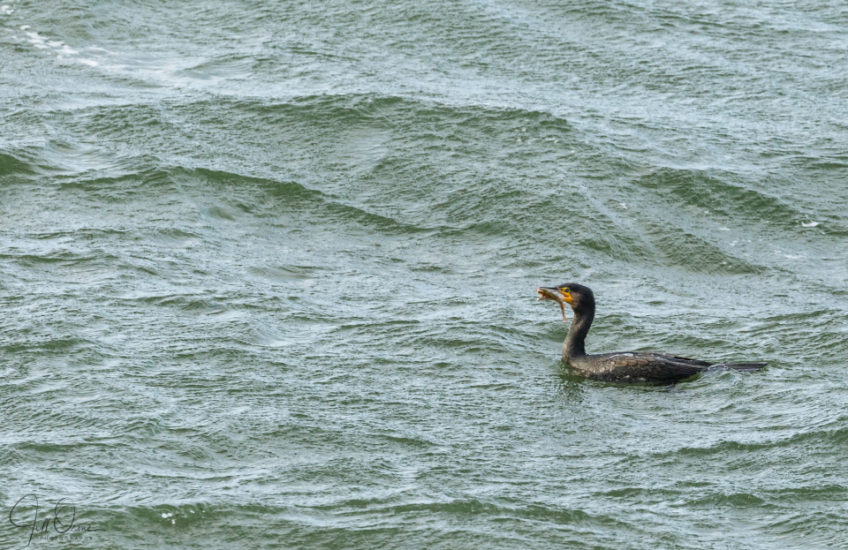 The black dog has been lurking at my heels for the last few days, but was thoroughly dismissed today when I spent several happy hours at Draycote Water in Warwickshire, a birding site I’d never visited before. It’s a bit of a hike from here, even if you don’t manage (ahem) to twice choose the wrong lane at the new Tollbar Island roundabout in Coventry, and thus wind up having to add a five mile loop to your journey, but it was definitely worth the hour’s drive. It’s a reservoir with sailing and angling facilities and a reasonably good café, and a 5-mile walk on nice firm ground all around its perimeter; there’s also a bird hide at the north eastern corner, though the water level is so low at the moment that the area in front of it is essentially a mud flat, and it’s too far from the birds to be of much use.

I’d barely stepped onto the first section of the walk when I found myself photographing this cormorant, which was diving repeatedly for fish. At first I underestimated how long it would stay down and how far it would swim under water, and kept missing its reappearance, but after a few dives my guesses improved and I managed to catch it with its catch a couple of times before it took off and flew away. I’ve never been this close to a hunting cormorant before, and certainly never managed a shot like this, so I’m very happy – especially as it was blowing a gale and I was struggling to even stand still, let alone hold a huge lens steady. I should stress that this is an entirely landlocked area of water, pipe-fed from the river Leam, so the waves you can see here (and the stippling on the water surface that looks like rain) were all caused by the strength of the wind. I’ve put four shots of the bird’s previous dive here, if you’re interested – and this one would benefit from being seen full-screen if you have the time.

It took me just over two hours to walk the perimeter, and my species tally for the day was:

Several of these birds were especially significant to me – I’d never seen a little grebe or a goosander before, nor been so close to a little egret – but the crow was also interesting because it was hunting among some boulders along the water’s edge for small shellfish, and breaking the shells open to eat the contents, which is something else I’d never witnessed before.

Sorry – what was that…? Oh yes – man on unicycle was also a little unexpected, I must say: they’re not especially common in Warwickshire. 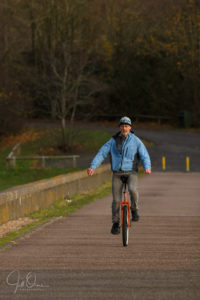