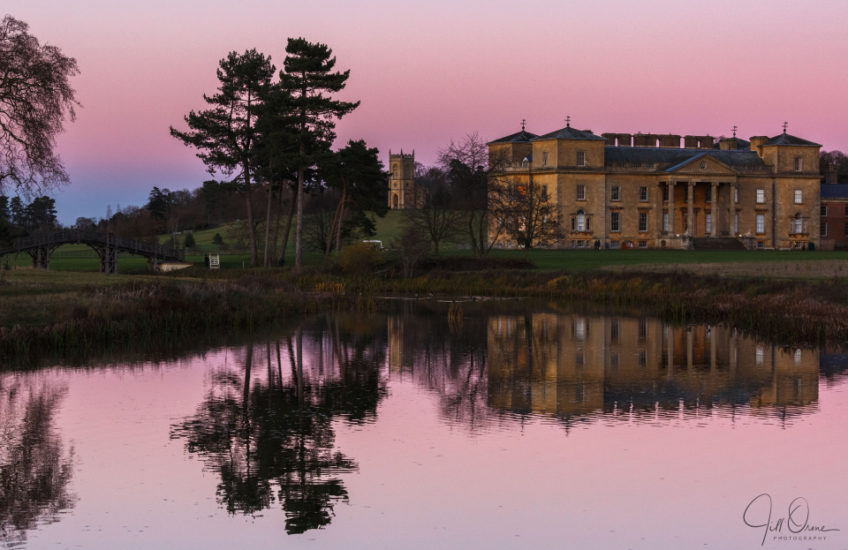 I frittered away much of the day on I’m not sure what exactly, other than two hours that I spent researching on behalf of the Bride-To-Be; I accidentally took a call from her this morning which had been intended for her father (who was out at work), and though she’d wanted to talk business with him, having got me on the line she asked if I’d take a look at the web sites of some wedding photographers she was considering, and give my photographery opinion of them. Flattering, no? I told her that it would have to be later because I was going out – but of course, I couldn’t resist having a quick look…. which then turned into a long look, followed by an email which said essentially: “No; No; No; Maybe; Maybe plus; Maybe minus; No; No; No.” I’ve never had the slightest desire to get into the wedding biz, but my researches today made me wonder if actually I should. Don’t worry about me though – the temptation will pass.

So anyway, what with wedding stuff and general frittering, it was 2pm when I finally made it out of the house, but the light was lovely, so I zoomed off down to Croome to try to capture it. I began by taking my normal route, through the shrubbery and past the Rotunda and then down the hill to the house, but instead of going straight across the Chinese Bridge as I usually do I thought that I’d walk down to the southern end of the artificial river and then back up the other side. I’ve never done this before and I assumed that the end of the river was only a short way from the bridge, but in fact it was the better part of a mile, and I discovered that this section of the water has some excellent wildlife habitat that I’d never suspected was there – in fact, I now wonder if I’ve been hunting dragons and damsels in the wrong place for the past two summers. Happily it’s only about five months till next year’s dragon season opens, so I won’t have to wait too long to find out.

The extra is a photo of the estate’s resident grey heron, which landed briefly in a reed bed that was being nicely picked out by the setting sun; usually it ignores people, but for some reason it was feeling shy this afternoon and took off just after I snapped this portrait. 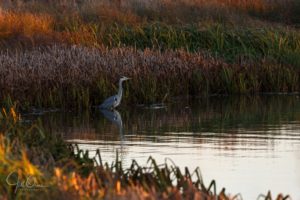 I caught up with it again about half an hour later, looking pretty ridiculous up in a cypress tree, but this is the better photo of the two. The main image was taken as I walked back along the west side of the river, and is a view I hadn’t seen before: I was delighted to find that there’s an angle at which (even with a big lens) you can get the house, the church, the bridge and a nice reflection into the same shot – and the reflected light from the sun that was setting behind me was a lovely bonus.