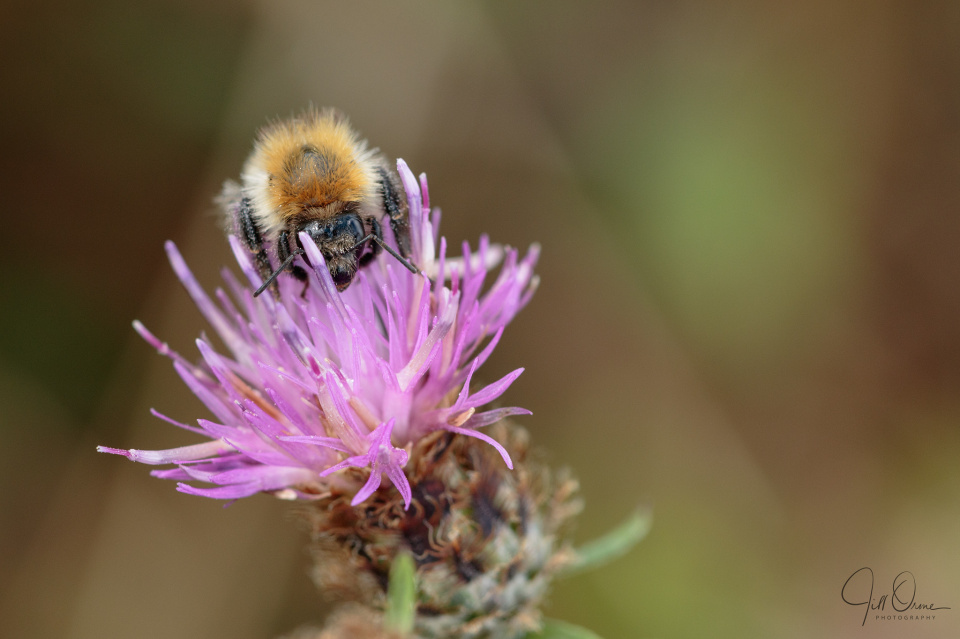 I love a snoozing bee – it always makes me say “Awwww!”.

This Common Carder Bee was absolutely zonked out – only an occasional slight movement of one of her antennae showed that she was still in the land of the living. Strangely, she wasn’t the only sleeping insect in the butterfly field this afternoon: there was a Red-tailed Bumblebee on a different head of the same knapweed plant (until it was rudely awoken by being bombed by another Common Carder); and on the other side of the path an unidentifiably worn old bee and a Common Blue butterfly were both resting on the same flower.

By contrast, the grasshoppers and crickets were pinging about all over the place, and generally proving quite hard to photograph. But I did manage to capture an image I rather like of a Lesser Marsh Grasshopper apparently doing his chin-up exercises, and I’ve added that as an extra. 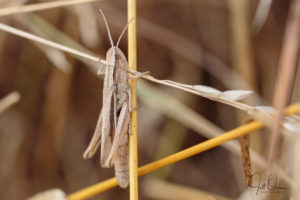