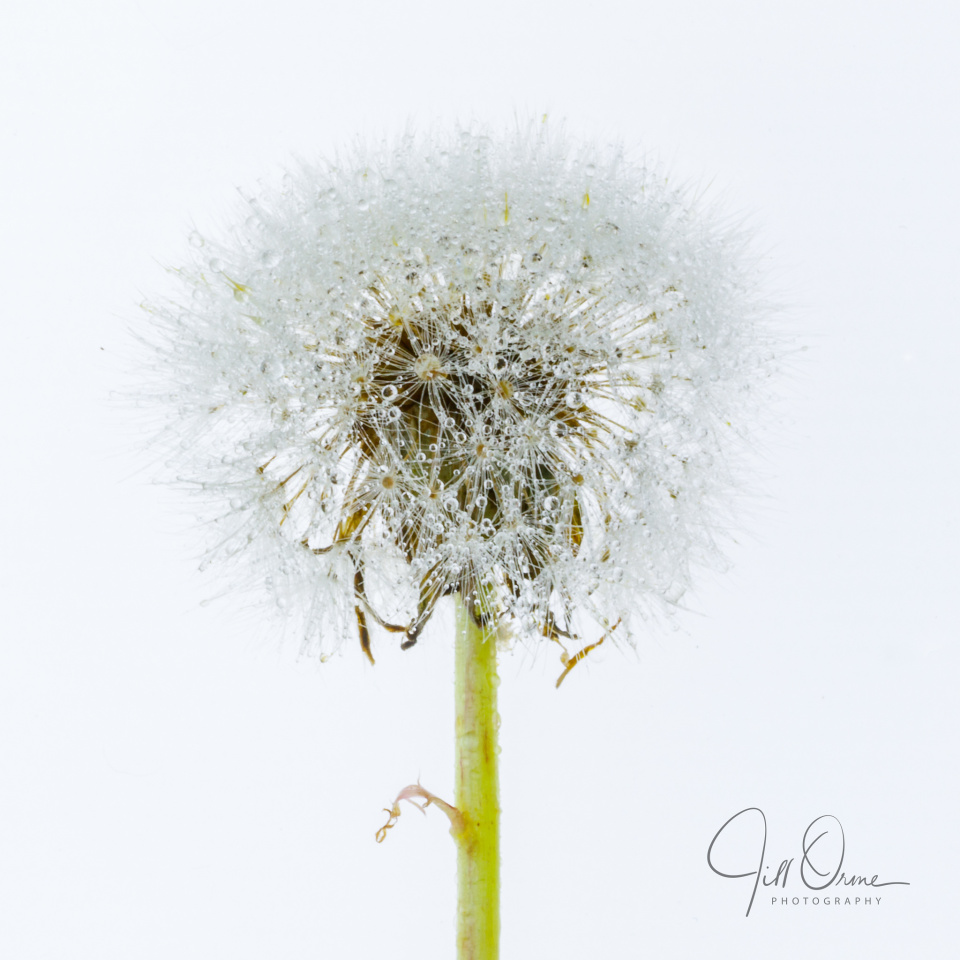 It was a dull and overcast day, and though there were insects about there wasn’t really enough light for decent macro shots; so I went out (as you do) looking for a dandelion. I was half-way round the village before I found any, and even then most of the clocks were pretty shabby, and I was searching the verge, bum in the air, for a decent one – and chatting amiably (as you do) with a neighbour’s chicken, which was also searching the verge, though probably for something else – when a voice called, “Excuse me!”

I’d already peripherally noticed the John Lewis delivery van, but had been hoping that if I ignored it it would go about its business and leave me to mine; but sadly the driver was lost enough to think that it might be a good idea to request assistance from an old crone with secateurs in her hand and a chicken familiar, who was apparently foraging the verge for food. Marching over to the van, I put on my best middle-aged-middle-class-matron demeanour and my best Chipping Campden twinset-and-pearls voice, and put him straight. In the politest possible way.

Shortly after he’d laboriously three-pointed his lorry on the single-track road and departed, I found my dandelion – rather small and weedy, but I thought it would probably do. Wondering if I was breaking some kind of law, I snipped off the clock and carefully carried it home, shielding it from the strong breeze with my free hand. I laid it gently on the dining table while I set up light pad, tripod and camera, and then banked a few dry shots before misting it with water.

I’d expected that I might only have a limited window to take photos once the clock was wet, but I hadn’t fully anticipated the speed with which it disintegrated: within a couple of minutes of me spraying it, it was in pieces on the light pad. All told, I managed five reasonable shots – which I’ve put here to show the sequence of entropy. And after all that, R and I are agreed that it would probably have been more effective to have shot it with studio lights against a black background….

You live and learn.