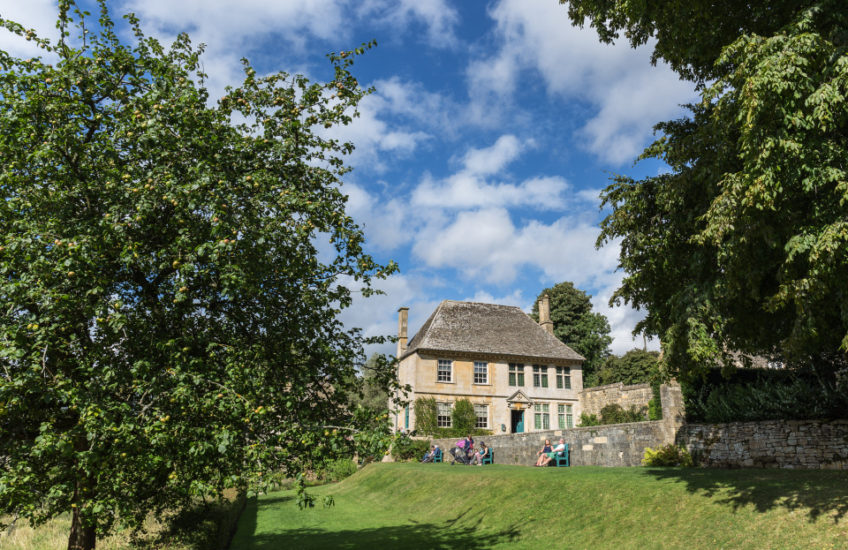 This morning I thought that I might take a walk in search of some interesting landscape shots, but no sooner had I printed off a map and sorted out my camera gear than the sky began to threaten rain; and having checked the forecast, I decided that tomorrow might be a better day for being potentially several miles away from shelter. But I was all fired up to go out….. what to do?

Even though we only live a few miles away we’d never been to NT Snowshill, because we knew that the house is stuffed with collections of things; and (although you might raise a sardonic eyebrow at this if you could see the state of my study) I hate clutter, and R, who aspires to cool minimalist interiors with just a few tastefully-placed guitars as accent points, really hates clutter. But he was off out down the salt mine today, earning the money to keep me in the style to which I’m accustomed, so I thought that maybe this was the day on which I should brave the place and take some photos, so that he could look at them, shudder, and make a note never ever to go there himself.

It’s a beautiful Cotswold manor house, the oldest part of which is pre-Tudor (but built, I was told, on even earlier, Saxon foundations), and it sits in a splendid setting. I would absolutely love to live there – just as soon as I’d had the house clearance people in. Right now it epitomises the family saying “there’s nowhere the eye can rest comfortably” – and though some of the assembled stuff is genuinely interesting, every room is packed with it (Charles Paget Wade bought the house specifically to hold his collection, while he himself lived in one of the outhouses) and there’s far too much to take in. The smell of dust was almost overpowering.

I’ve made a photo album here, if you’re interested.

While I was at Snowshill the weather was changeable, but broadly improving, and by the time I left I was able to zoom away with the roof down, looking (I felt) rather stylish, in a pair of wraparound Oakleys scavenged from my husband. I quite like them for driving, actually – I may have to get a pair of my own in a slightly more forgiving colour than his black ones. I also have temporary custody of his Wayfarers, which given the events of yesterday might seem to be a triumph of generosity over common sense; but when I tell you that his initial response to my (casually disingenuous) enquiry as to whether he had any spare sunglasses knocking about that I could borrow was “No, I don’t think so”, and that I therefore had to point out that I’d given him decent pairs on at least two birthdays… you’ll have some idea how attached he is to them.

I’m not sure the Cotswolds were quite ready for today’s Happy Top-Down Driving Music from my iPod, which comes from Talk Talk (the Cotswolds haven’t arrived at the 1980s yet), but I notched it up to 11 for them anyway, so they knew what they have to look forward to.