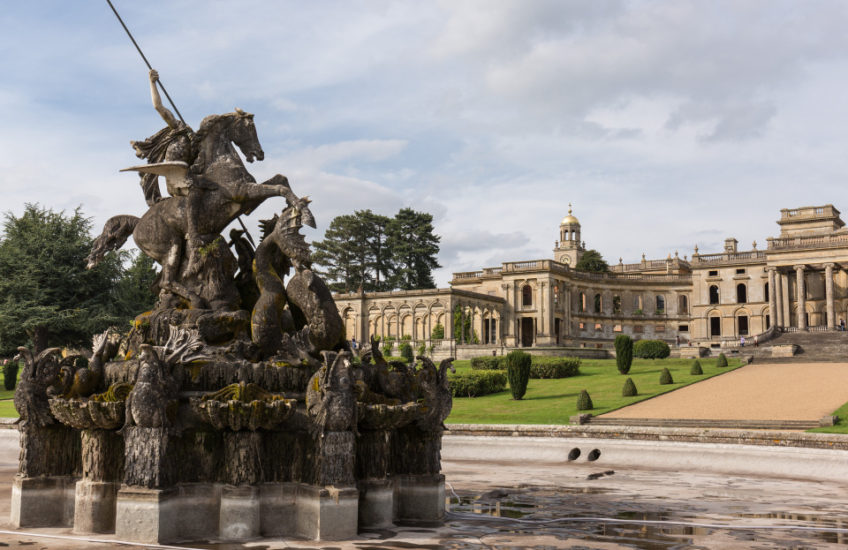 After a late night doing the Mono Monday results, and sleeping badly because R was away and Arthur is stone deaf, leaving me as the only available house guard, I really needed a lie in this morning. Instead I was roused at OMG-hundred hours by a phone call from the piano tuner. The next time he wants a chat, I hope he chooses one of his other clients.

I was grumpy and arthritic, and it took me a good while to shape myself and get moving; but eventually I went off to seek out the Abberley Circular Walk which I’d intended to do yesterday. I found Abberley without any trouble, but it’s a rather oddly sprawling village and it took me a while to track down the start point of the walk – by which time I’d decided that it was too hot an afternoon, and anyway my back wasn’t up to yomping up and down hills. So I popped into the pub for an orange juice (no, really) and a sit-down in their garden, had a chat with a Jack Russell Terrier which suddenly appeared and threw itself on me as though we were long-lost relatives, and then wandered back to the car. Having viewed the landscape I think the walk might be best done on a slightly misty autumn day, so I’ll park that thought until later in the year.

Luckily the road home took me past Witley Court, so I was able to pull in for an hour and get some photos. I do remember saying a while ago that when you’ve seen one English Heritage ruin you’ve seen them all, but really that’s not true: when you’ve seen one ruined Norman keep you’ve pretty much seen them all, but Witley is a really special place – beautiful and sad, and quite unlike anywhere else. I’ve blipped it before, but I think that was about eighteen months ago, and it was a day of such utterly vile weather that I wound up drenched to the skin, and had to go into the church and hang around the information displays till I dried off a little. Today was a lovely late summer day and much easier for photography, though by the time I arrived the sun was beginning to sink and the shadows were lengthening.

This is the main façade of the Court, taken from beyond the famous Perseus and Andromeda fountain – which as you see is currently drained for repairs. The staff told me that the plan is to have it working again by next April, and that in the meanwhile a viewing platform is going to be set up, to allow the public to watch the repairs being carried out – which sounds as though it might be interesting. I’ve never actually seen the fountain running, because it’s only turned on a few times each year and my desire to see the kind of unusual sights that lots of other people also want to see is strongly tempered by my deep intolerance of crowds – but there’s an amateur video of it here, if large fountains are your thing. And to absolutely no-one’s surprise, I’ve done an album of my hour at Witley, which if you’d care to see more like this is here.

Today’s Happy Top-Down Driving Music comes from Sister Rosetta Tharpe; and leads on via a natural train of thought to Alison Krauss and Robert Plant. I wavered on this when I arrived home from Witley, and R told me that the piano tuner had turned up at our house while I was out, fresh from tuning Steve Winwood’s pianos… but no – Rosetta it is today.