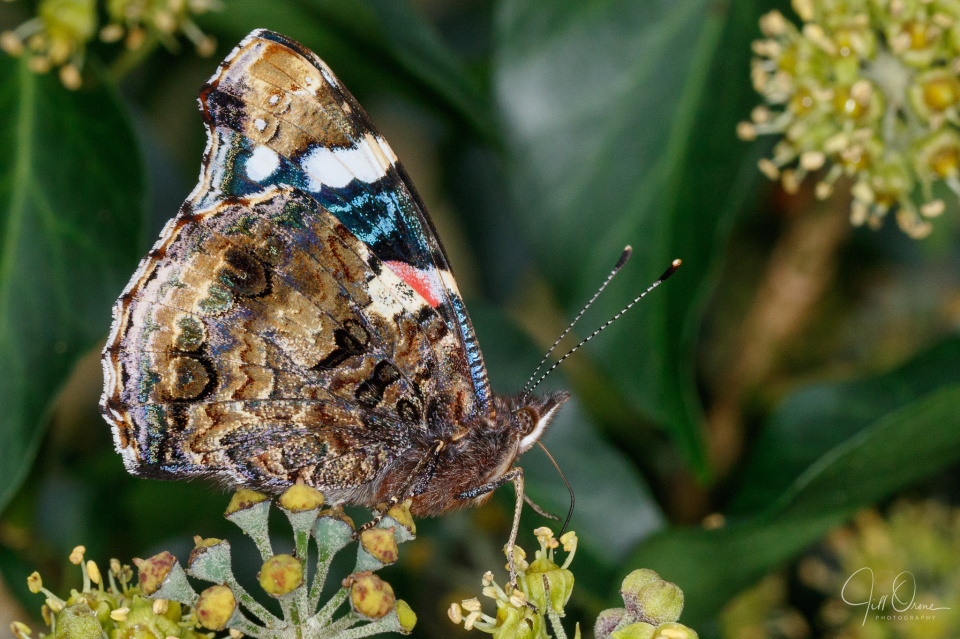 The village was sunk in deep meteorological gloom today, and so was I. Guy Garvey once said that living in Manchester is mainly like being inside a Tupperware box with the lid on, and it struck me that being in the Shire this afternoon was similar, except that my Tupperware box contained a thick layer of left-over mashed potato from Sunday lunch, and I was stuck underneath it. I used flash to prevent my ISO from going through the roof, but taking photos was still something of a chore because there simply weren’t many invertebrates out and about.

You can imagine then how happy I was when this Red Admiral swooped down onto the ivy hedge outside Tilly’s field – though sadly the butterfly was far less pleased to see me. Interestingly, it didn’t react even slightly to the flash, but threw a conniption every time I moved so much as a muscle. Nevertheless, we both persevered, and in the end I had a handful of shots that I thought were acceptable and was able to back away and leave my skittish subject to its meal.

I love the patterns on the underside of a Red Admiral’s wing – so much more subtle and interesting than the vivid tricolour overwing. The flash here has brought out a range of colours, and even some iridescence, that you don’t always see, and I think this is worth viewing full-screen.