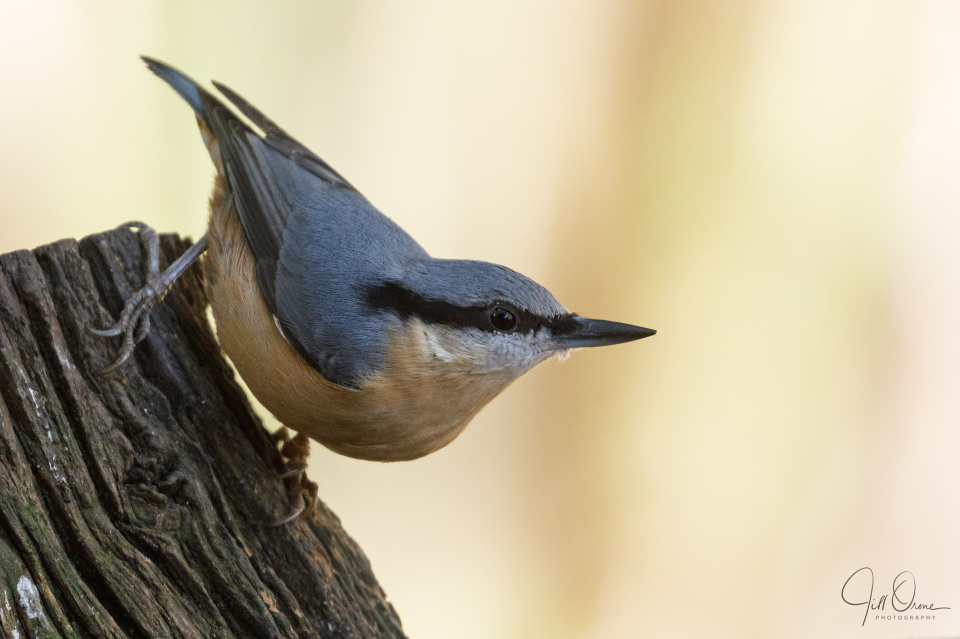 “Rather elusive” says the RSPB, but also “sedentary”. This gives the impression that nuthatches like to find a hidden corner where they can sit and read a book or do some knitting without being disturbed, but it actually means that as a species they don’t wander much, but tend to stick close to their natal woodlands, and can therefore be hard to find unless you happen to know where to look. They’re one of our more successful small birds, with numbers increasing steadily over the past few decades, but their stay-at-home habits mean that they’re only slowly spreading northwards and colonising new territories.

A nice chap who was already in the bird hide at Hillers when I arrived this morning, and who obviously spends quite a lot of time there, told me that there are two pairs of nuthatches in this piece of woodland, and though I’ve never seen more than two individuals at one time I don’t have any reason to doubt the information. They may be sedentary as a species, but these birds are active and fast, and with the temperature dropping and the days shortening they were very busy today, intently searching out and caching food. It was delightful to be able to watch them working, but because of their speed they only offered fleeting photo opportunities.

Luckily, this particular bird was collecting food from the table and then trying to cram it into crevices in the surrounding posts, and although this entailed a lot of running and hopping back and forth, every now and then it would pause for a split second to check its surroundings for danger, allowing me the chance of a portrait. The light this morning was much kinder than yesterday’s, but I was still fighting the exposure triangle at this point because the sun hadn’t come round onto the bird table, so I was pretty happy when I saw how well this image had come out.