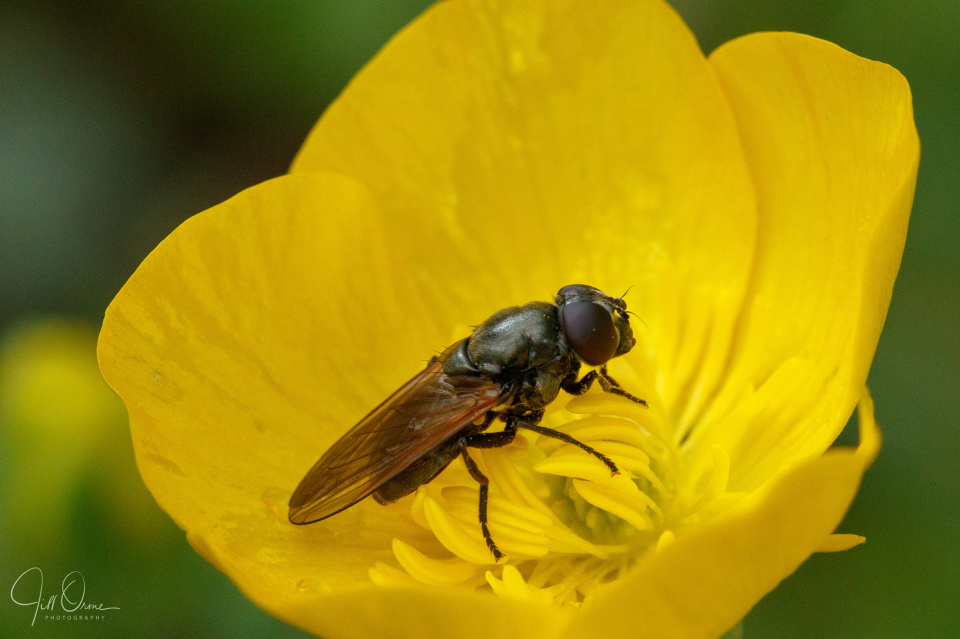 After the usual tedious and protracted on line researches, I decided last night that I would replace my broken camera strap with a Peak Design Slide, which is designed to take much more weight than I’ll be asking it to carry, and uses two anchor points on the camera, compared with the Black Rapid’s one. A quick phone call this morning confirmed that London Camera Exchange in Leamington had a Slide in stock, and the manager agreed to drop the price to match what I’d have paid at Wex, so I drove over and made the purchase. Having got it home and fitted it to the camera I’m pleased with my choice: the weight is better distributed, and the camera and lens sit more comfortably and feel more secure, than they did on the previous strap.

I drove to Leamington through heavy rain, but the weather eased as I was coming back, and by the time I reached home it was fine, and even intermittently sunny. There weren’t very many invertebrates about during the time I was able to spare for searching the garden, but R has picked out this shot of a hoverfly resting in a buttercup down in the wild garden. I’m fairly sure that she’s a Cheilosia, but that’s not an especially bold claim because in the UK this is the genus with the largest number of species. It’s a tricky genus, and breaking it down into species is something that’s best left to the experts as far as I’m concerned, but if I were pressed to it I’d take a punt on her being Cheilosia albitarsis, a species that’s especially associated with damp fields full of buttercups. My reasoning is based on a number of physical attributes with which I won’t bore you, but the fact that she was sitting in a buttercup in an area that’s currently a bog certainly added weight to the diagnosis. If I get a definitive identification tomorrow, I’ll update this post.

In my experience Cheilosia hoverflies are shy and skittish, and a fair amount of effort is usually needed to get near to them, but this female was cold, and I was able to get a number of very close macro images without her managing to fly away. The down side of the situation was that the flower was in a dark corner of the garden, so I was battling lack of light. A little later the sun emerged briefly, but when I remembered the hoverfly and went back to try for some more photos I was too late: she’d warmed up, and as soon as I hove into view she took off and disappeared at high speed. I searched, but didn’t manage to find her again.