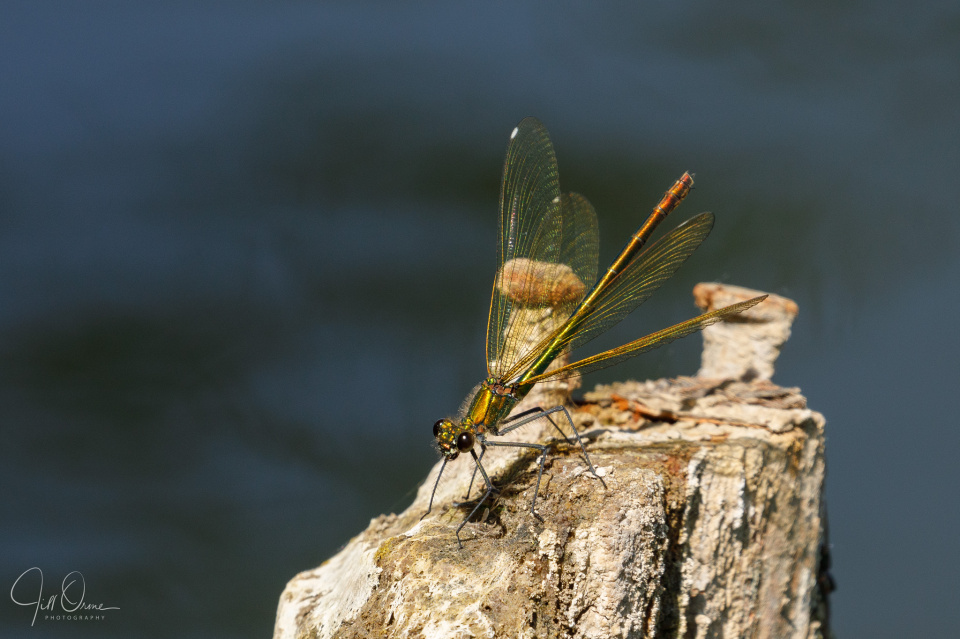 After a fairly torrid morning, the details of which I’ll spare you, I decided to take a walk along the River Avon at Eckington, to see what might be about. The only dragon I saw was a very fresh Scarce Chaser, flying from my side of the river to the far bank, and I wasn’t fast enough to get a lens on him, but in compensation there were several dozen Banded Demoiselles playing at the edge of the water, as well as various other damselflies.

Unusually, the male demoiselles were skittish and shy today, and it was the females who gave me the best photo opportunities. My extra shows one of them munching on what a few seconds earlier had quite clearly been one of those little red-eyed flies with a black and grey striped thorax, but which by this time was just a mouthful of exoskeleton. A few seconds after this she spat out several bits of leg, and went off in search of her next snack. 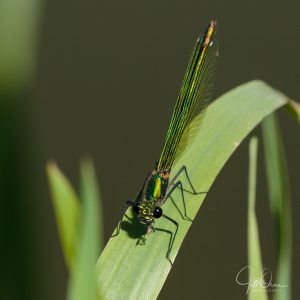 My favourite demoiselle of the day though was this one, which landed on an old post that I think may once have supported a fishing peg, just a few feet in front where I was sitting on the bank, and proceeded to show off to me for the next quarter of an hour. Every few seconds she would take a short flight – or sometimes just an aerial loop – and come back down in a slightly different position and pose to the previous one, but always facing and watching me. Not once in that time did I see her catch anything, and it felt as though she was putting on a performance just for fun. The theatrical effect was enhanced by the dramatic lighting: this is quite a shady area of the river, but she and the post were both spotlit by the sun behind me.

I’ve posted a few of the photos I took of this charming demoiselle display on my Facebook page, if you’d care to see them. And as ever, this would benefit from being viewed full-screen, if you have the time.