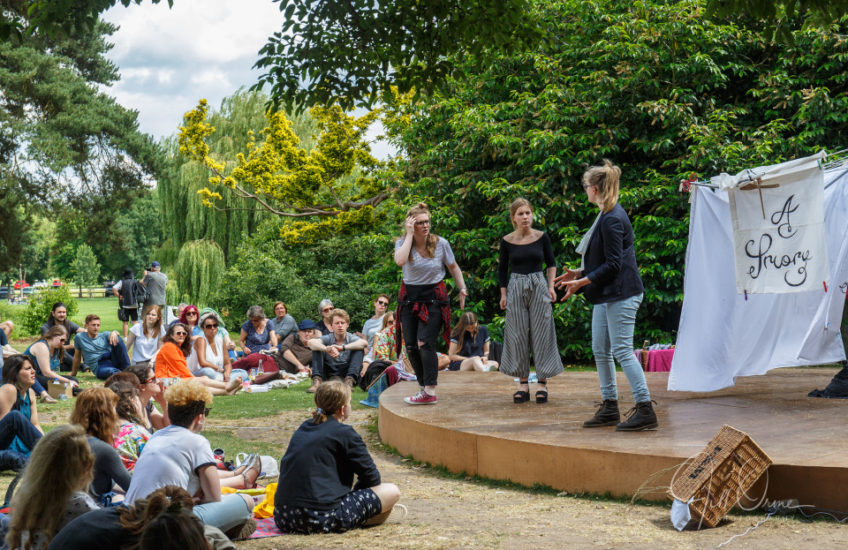 R and I had to go to Stratford today to run some errands – and have coffee and cake, naturally – and afterwards we walked back to the car along the river so that I could look for photo opportunities. I did get quite a nice shot of a pair of snoozing swans, but it’s not as though I’ve never posted a swan photo before, so when we happened across this performance in the RSC Garden I was happy to try to capture the scene.

R was very impressed by my erudition when I told him they were performing The Comedy of Errors – until I confessed that while I was walking around looking for good angles I’d sneaked a quick peek at the season schedule which was posted on an A-board at the side of the stage. Sometimes I’m just too honest for my own good.