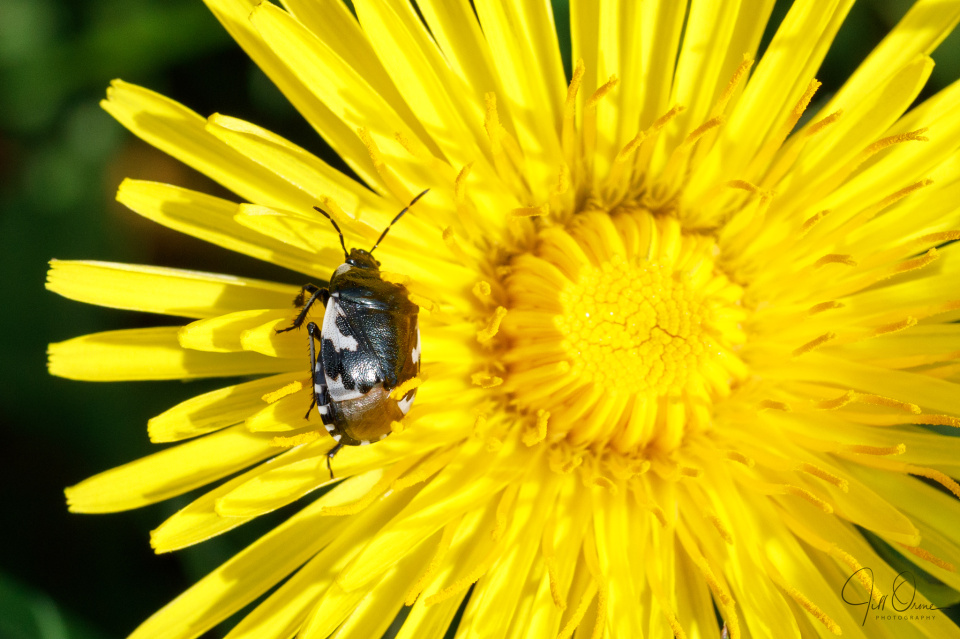 R and I were invited to spend a day in the Cotswolds today with the extended Family B. We had a lovely day, with good company and chat, a very enjoyable family meal out in the sunny garden, and in the afternoon an unexpected visit by one of L’s friends, who lives locally. R and I have known her since she and L were dizzy girls together, and seeing them now, both successful businesswomen with their own children, made me feel both proud and very old.

During the day Baby B called on me several times to find him wildlife – don’t ask me how, because I’d be hard-pressed to describe how I interpreted a series of squawks and peremptory arm gestures as a demand for birds and bees, but the fact that he stopped complaining when I found him some kind of creature to look at, and settled down (relatively) quietly to watch it does suggest that my assessment was right. Contrarily, when the sun went in, and the brisk wind cutting across the Cotswolds scarp sent the temperature down and the inverts away to shelter, he was Not Amused, and his squawking increased in both pitch and volume.

The garden provided some nice finds: there were house martins flying around among the usual garden birds, and a red kite drifted over while we were having lunch; and a patch of aubretia near the house attracted both Osmia bicornis and Bombylius discolor at different points in the day. My prize find though was this pied shieldbug, on a dandelion out in the lane. I was delighted, because I’d never seen one in the flesh before – in fact it’s only a few days since I was complaining mightily about a friend of mine posting a photo of one he’d just found to Facebook. But he told me confidently that this year would be my year, and here we are: he was right.

As you can see from the scale of the dandelion head, this is a very small shieldbug – at between 5.5 and 7.5mm long, it’s smaller than a parent bug, and only about half the length of a green shieldbug. In fact I was quite impressed with myself for spotting it, because to a casual glance it looked like a small, nondescript beetle, and it was only by chance that I looked closer and saw the white markings. It was also lucky that we happened upon it when we did, because I’d taken just a handful of photos when a common carder bee decided to feed on this dandelion, and the shieldbug promptly scuttled to the nearest gap in the petals, and disappeared underneath the flower head.

There’s some information about the pied shieldbug here, if you’d like to know more.