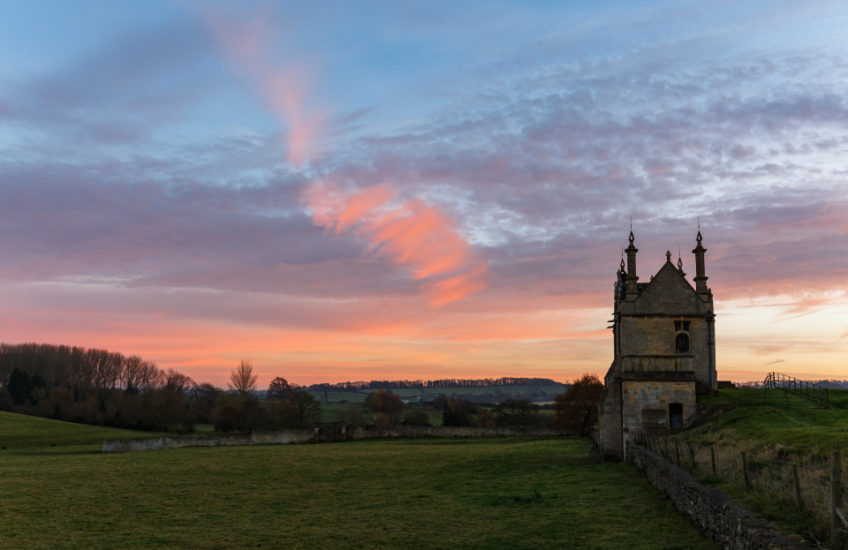 As I hadn’t yet taken any photos I was delighted to come out of our final concert rehearsal this afternoon and discover that a beautiful sky was developing over Chipping Campden. I especially liked the strange pink cloud formation in front of the East Banqueting House, which looked even to the naked eye as though I’d scribbled it into the scene in Photoshop.

R and I have been back and forth through my shots without managing to settle on a firm favourite – so I’ve put the entire set of ten on Facebook.

I’m happy to tell you that the concert was an absolute blast – there was just one excruciating stretch of four bars at the start of one of the movements when we seemed to be falling to pieces, but panic concentrated everyone’s minds, and we managed to haul the operation back from the brink of chaos. Other than that I loved every moment, and I wasn’t the only singer who was sad when it was all over – I heard several people say that they would love to perform it all again.

The absolutely best thing for me was that Child Two was sitting in my eye line, this being the first time that the family’s Official Musician had attended one of my concerts; and I’ve never seen anyone listen to classical music so actively and with so much evident pleasure before. I suppose that even though he’s a jazz rather than a classical musician, being trained as highly as he is gives him a level of insight into the interaction between the orchestral players and between the soloists that most of us simply don’t have. Whatever, watching his fascination with what was happening delighted me, and singing with a smile on my face will definitely have helped my pitching!

When I got home I had a very pleasurable post-concert debrief with R and H, and then we sat and chatted about other things late into the night.

My favourite bit of the Requiem to sing is the Communio.