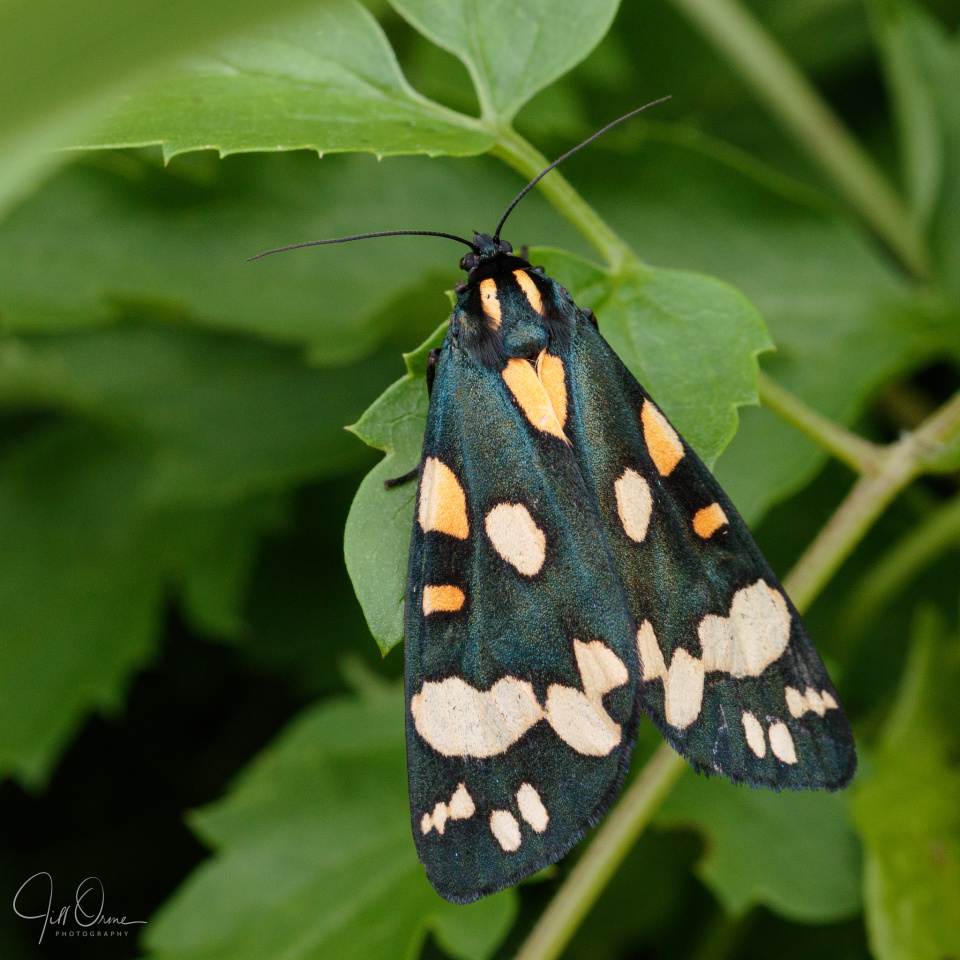 This was my most interesting garden discovery today. I haven’t seen any Scarlet Tiger caterpillars since the spring of last year, so I had no reason to expect any adult moths this summer, but today I spotted (no pun intended) this individual resting on the outer leaves of a Clematis tangutica. A little later I found a second one overturned and dying, deeper within the foliage of the same plant, though it wasn’t at all clear what had killed it. Most books and web sites say that the Scarlet Tiger flies in May and June, which would make it pretty late for fresh ones to be turning up, but Moths of the West Midlands gives the flight period as June and July, so I may find more specimens before the season ends.

When I took this photo it was overcast, but I knew that the sun was forecast to make an appearance later in the day, and that when it did the moth was likely to spread his wings to bask, revealing his fabulous red hindwings. So I hung around doing gardening (eeeurgh) and waiting for the moment of revelation – which duly arrived at the precise second that my camera battery died. By the time I’d rampaged through the house in search of a fresh one and rushed back outside, he’d got bored with posing and gone off in search of girls. At which juncture some extremely Anglo-Saxon language was used.

Having lost my moth I went off to see what else I could find, and managed decent shots of both a Holly Blue and a Red Admiral down in the wild garden. The pond is currently devoid of Odonata, which makes me rather sad, but I’m hoping the warm spell that’s forecast for next week will bring a few more damselflies out of other people’s ponds, and that some of them will find their way to ours.