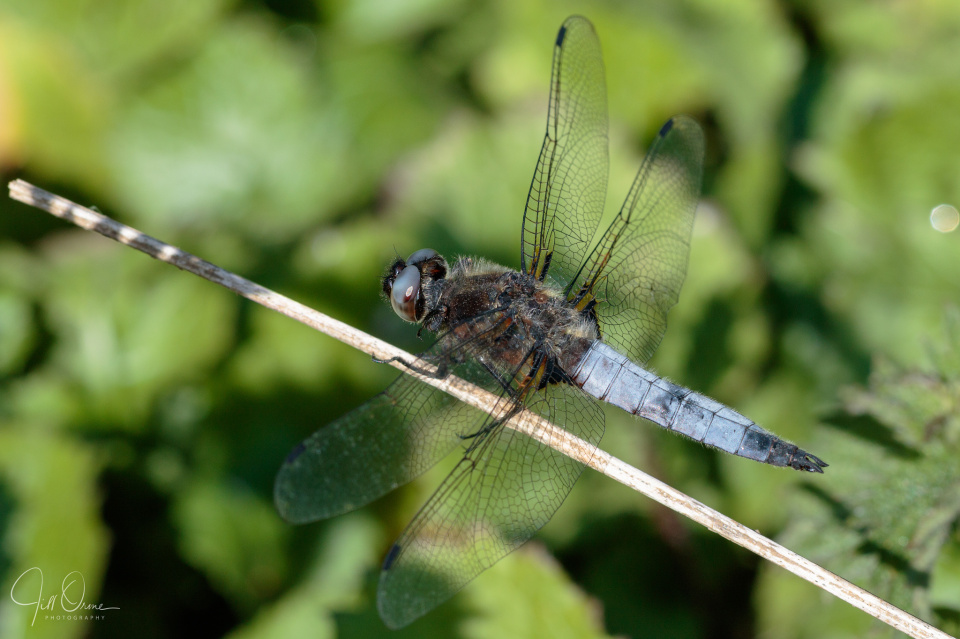 Not the dragon: I easily found half a dozen, once I’d spotted the first tell-tale flash of powder blue, and got my eye in. Parking spaces at Eckington Bridge, on the other hand, were as rare as hen’s teeth this morning.

(Memo to self: Avoid the River Avon on sunny, warm Saturdays – the water sports crowd will be out in force, and most of them seem not to have heard of social distancing.)

Anyway, after waiting a full half hour for someone to leave the car park, and then managing to beat a would-be queue jumper to their space, I gathered my gear, stepped around the kayakers, paddleboarders, and endurance swimmers, and headed off along the river bank, where I spent a thoroughly enjoyable 90 minutes playing with the dragons and damsels. The whole area was teeming with Banded Demoiselles, many of them more curious about than scared of me, and posing beautifully. There were also the usual damsel suspects – Large Reds and Azures – and some newly emerged Blue-tailed and Red-eyed Damselflies as well. But it was the Scarce Chasers I was after, and they didn’t disappoint: I got so many good photo opportunities from them that it’s taken several hours to go through all my shots. I’ve selected this one because it’s nicely descriptive of a male of this species, and because it’s one of the rare odonata images in which everything works – the dragon posed so well that I was able to get in close with the macro; the focus is good; the light is fine; and the background’s acceptable. But I quivered for quite a while over another photo that I like almost as much, and which in the end I’ve posted to my Facebook page.

I was interested to see on the BDS page about the Scarce Chaser that this is still a Red List species, when anecdotally it seems to be increasing its numbers and range. The BDS distribution list is certainly out of date, because these dragons are quite abundant along the Worcestershire stretch of the River Avon, and have been for several years now. In fact the name has become a bit of a joke among dragon fanciers, and some people now choose to use the European common name, which is the Blue Chaser – although that’s also slightly problematic, because it’s only mature males that have blue eyes and a blue pruinescence covering their abdomens. Fresh females, as you can see in a favourite photo of mine from last year, are orange with pale green and pink eyes, though they darken to a dull brown with age.