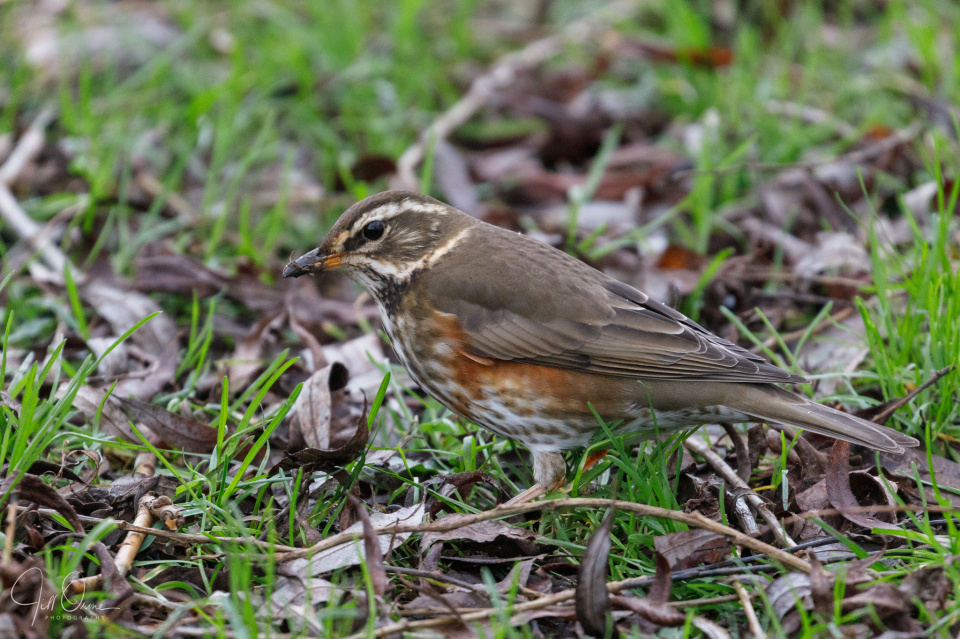 R had to go to Stratford to run some errands today, and I tagged along in the hope that yesterday’s tufted ducks might still be there. Arriving at the Bancroft stretch of the river, I was surprised to find that the flock had split: five of the ten had left, but five were still present and feeding, though they were clearly still nervous and unsettled. They were diving synchronously, and on surfacing they would immediately look for each other, and regroup tightly. I was fairly sure they’d soon be moving on in the wake of the others, the only mystery being that they’d allowed themselves to be left behind in the first place. They were hunting close to the Bancroft wharf, and though the light was poor I took a few (near-monochrome) photos, in case I didn’t get another chance. I then went off to meet R for coffee and cake, and when we arrived back at the river about three quarters of an hour later, they’d gone.

On my way into town I’d spent a while watching and photographing a little flock of redwings searching for food on the ‘rec, and we found them still working as we walked back towards Old Town. By this time it was spitting with rain and the light was truly dire, so I said quite firmly that there was no point in trying to get any more shots. But then… when this little chap was bold enough to do its rummaging almost at our feet, I felt it would be rude to ignore it.