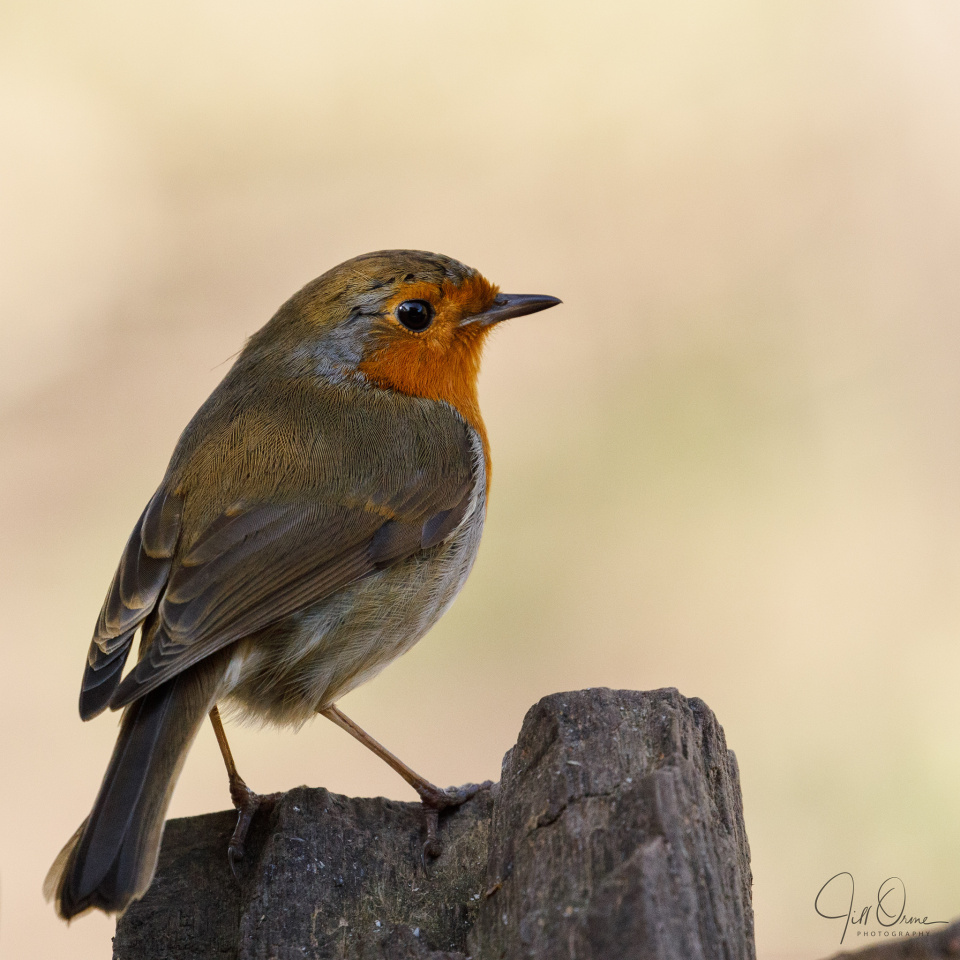 When I was at the owl field yesterday I got into conversation with another photographer I’ve been seeing up there a lot recently, and she asked what I thought it was that kept us coming back over and over again. We talked about beauty and rarity, and the fact that we see the owls here for such a short season each year, and then she said, “But I’ve got so many photos already – and you must have too.” And I said, “Yes, but there’s always a better photo to be taken, isn’t there?”

Which is a long way of excusing myself for posting Yet Another Robin.

When I went to Hillers this morning, “just to see what was around”, I knew that in all probability my subjects would be robin, blue tit, great tit, coal tit, chaffinch, blackbird, pheasant, possibly wren or partridge, and maybe, if I was lucky, nuthatch, treecreeper or deer (spoiler alert: I wasn’t lucky). I also knew that the hide was likely to be busy, which it was, and that I probably wouldn’t get my pick of angles. But what made it a worthwhile exercise anyway was the hope of getting something a little different to what I’d already taken, even it was of one of the Usual Suspects – a different perspective, or different light, or simply a better-focused shot of something tricky.

My better-focused shot of something tricky is today’s extra: a little coal tit that gave me slightly longer than the usual fraction of a second to try to capture its portrait. I’m still not wholly pleased with the image because the bird was angled away from me, but at least its face is in focus. One day I’ll get a coal tit photo I’m thoroughly happy with, but for today this one will do. 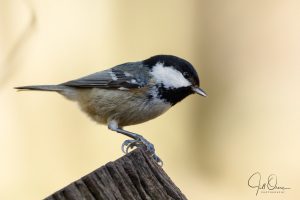 The robin pleases me more for two reasons. Firstly, from where I was sitting this morning I was fighting rather harsh and contrasty light, but the robin managed to place itself perfectly for the sun to pick out some detail in its darker feathers without bleaching out the paler ones. And secondly because this is an angle I haven’t often photographed, and it illustrates something I often find myself thinking about birds that have quite an upright stance like this, which is that they look as though they’re standing with their hands clasped behind their backs, à la Prince Philip. And in fact, given that the long primary wing feathers you can see here are attached to the robin’s equivalent of a hand, and the shorter secondaries to its forearm, that’s essentially what is happening.

If you’re interested in the structure of a wing, there’s quite a decent Wiki on the subject here. It talks quite a lot about passerines, a classification that covers more than half the bird species in the world, and essentially means a bird (such as a robin) that has three toes pointing forwards and one backward, allowing it to perch.