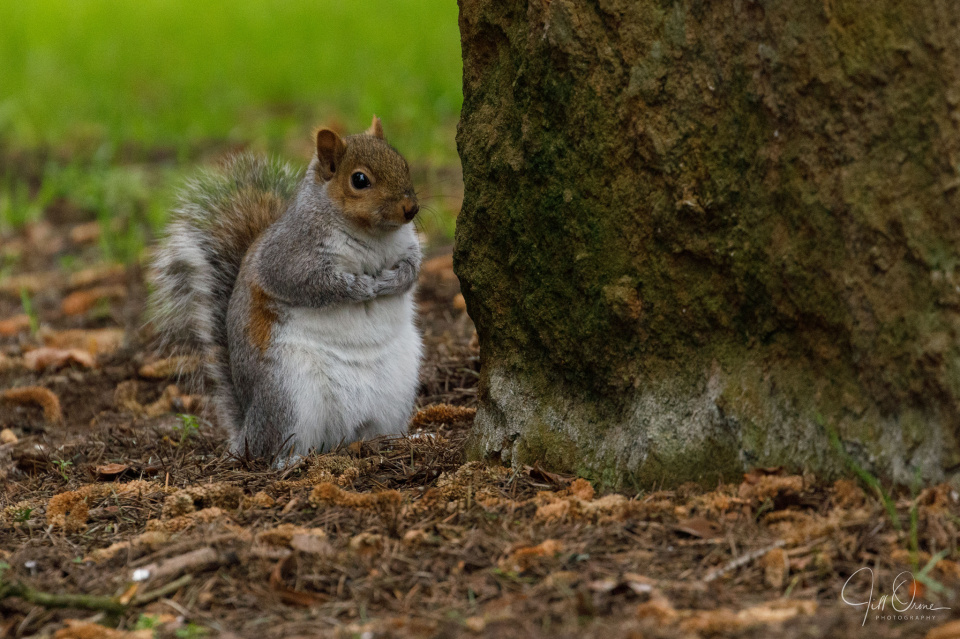 After a seriously tedious morning at Stratford Hospital, having yet more bloods taken, and then meeting a rheumatology person to whom I wound up giving what felt like my entire medical history yet again, I met R for coffee and then walked the north side of the river back to Old Town, where we’d parked the car. There were three tufted ducks outside the theatre – the first I’ve seen in about three weeks – and as I was lucky enough to capture one of them in a momentary ray of sunshine, I expected to be posting him this evening.

In the event though, it had to be this young squirrel, snapped as I walked through the church yard of Holy Trinity – just because it makes me laugh every time I look at the photo. I think I can say with confidence that it has fed up enough to be able to survive a cold snap, should we get one. I wish I’d been able to film the few seconds when I spotted a second, equally well-padded squirrel (quite possibly a litter-mate) trying to creep up on this one. It was literally tiptoeing across the grass – but to no avail: this little chap took apparently effortless evasive action, despite its considerable bulk.

Quite shortly after this, it rained. Again.