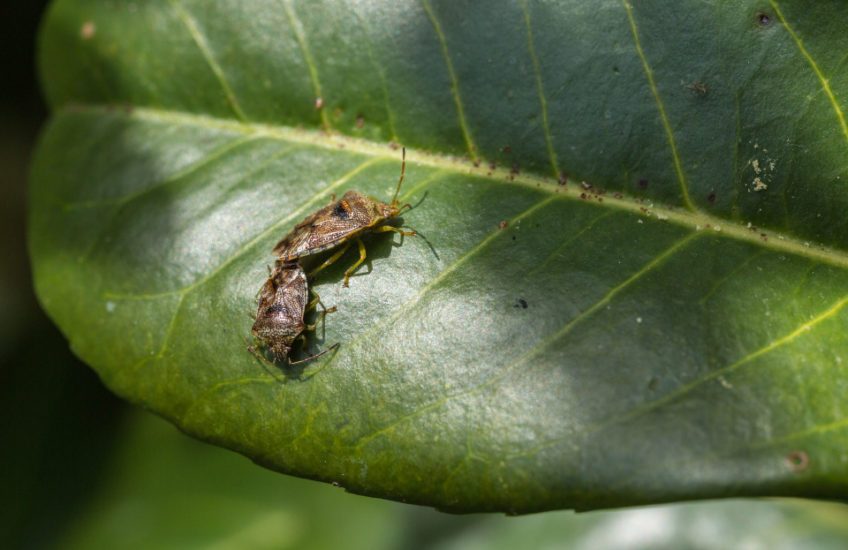 Anyway, stepping smartly around that idea, and moving swiftly on: the Parent bug (Elasmucha grisea) is a small shield bug which is unusual in that the female (the larger bug here) tends her eggs after laying them – which is how the species gets its common name. Adults and larvae both feed on birch and alder trees – especially silver birch, of which I have a two, one quite close to the laurel on which this pair were getting amorous.

I will look to see if I can find the eggs, which are laid on the under-surface of a leaf, though I think the chances of spotting them must be slim. But it would be very interesting to find them, because the female will stand guard over them until the young are well-grown nymphs, and will go through a repertoire of distracting and aggressive behaviour if anything appears to be threatening them.

The unfortunate male dies after he has mated, and the female after she has tended the young.