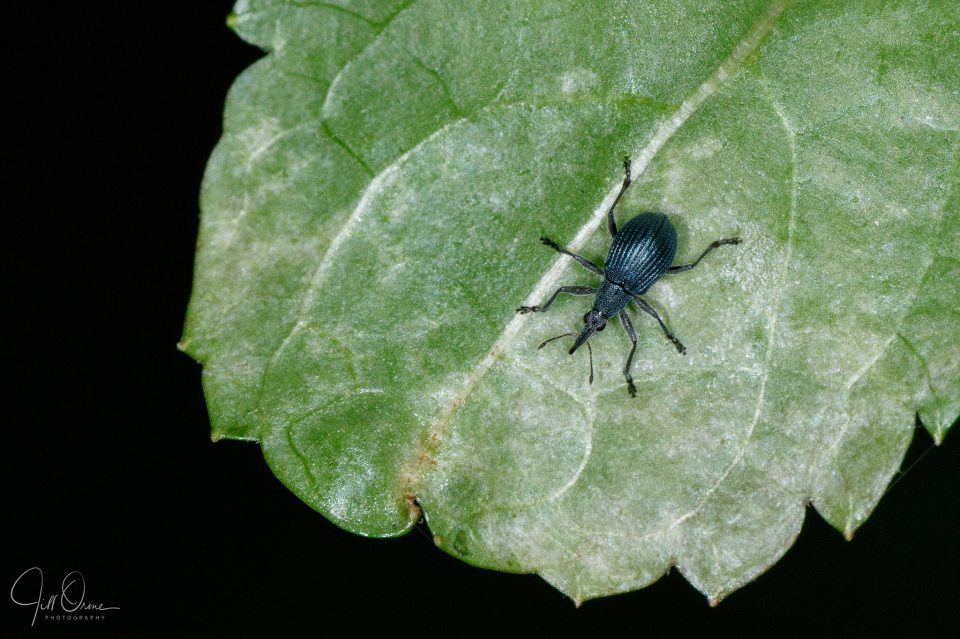 I posted one of these tiny guys a couple of weeks ago, but this view shows two of the distinguishing features of this species better than the previous photo: the large, convex eyes, and the long, tapering rostrum – or snout, to you and me. In fact, this one’s snout is so long that I think it’s a female – in the male the rostrum is shorter than the pronotum (thoracic plate), but in the female they’re the same length. Not that I needed to see those features to know what she was, because there’s really only one candidate in the UK for a 3mm long, hairy, punctate, lustrous blue weevil, but it’s nice when you can justify your identifications.

According to UK Beetles adults of this species occur from April to September, with the new generation emerging in July and hanging around for a while before going to ground and hibernating, so this is late in the year to be finding an active one. But it has been warm – though it wasn’t today – and insects are notoriously unreliable readers, so maybe she hasn’t realised yet that she’s supposed to be asleep by now. I found her on the underside of an elder leaf, right at the bottom of the wild garden where the light was positively Stygian, and capturing the photo required me to turn the leaf with one hand while holding the camera and attached ring flash in the other. Frankly I’m amazed that it came out at all – but I’m actually rather pleased with it, and I’d love you to look at it full-screen, if you have the time.