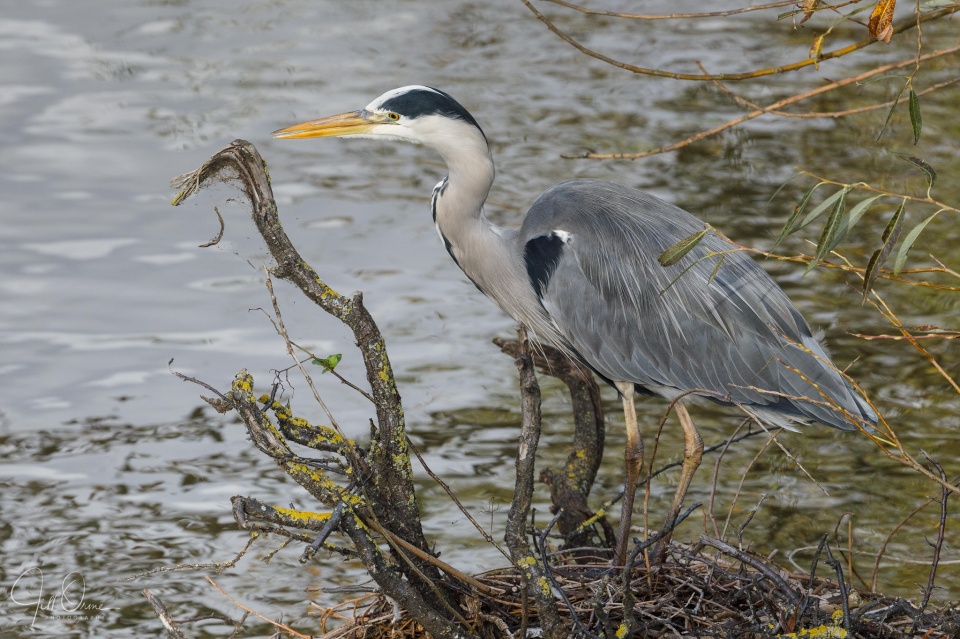 In today’s edition of Herons Behaving Weirdly, we meet one of the Stratford-upon-Avon birds, which decided today to climb up onto an abandoned coot nest, several feet above the river, from where it had a good view of the fish swimming around below it but almost no chance of being able to actually catch anything. As this structure is close to the Old Tramway Bridge, and the heron was nicely lit by the sinking sun, the unlikely scene was attracting a lot of attention from people crossing the river. Herons are not sociable birds and it looked quite discomfited by its new-found fame, so I expect it will have moved back down onto the nature reserve island in fairly short order. 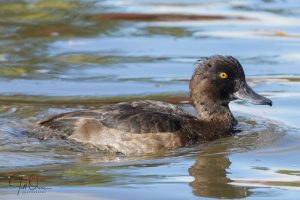 Having posted a heron on Wednesday I didn’t expect to be doing it again so soon, but this was such an unusual photo opportunity that I really couldn’t pass it up. My other image tonight is one of the tufted ducks I was hoping to photograph when I went to Stratford this afternoon, again taken in nice light, but this time from the south bank of the river. This is a first winter female, and it’s interesting to see that her eyes are now changing colour from the amber of a juvenile to the gold of an adult.